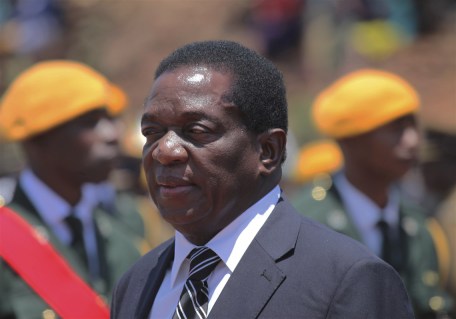 An extract from the new Zimbabwean president’s speech.

“A speech by His Excellency CDE Emerson Dambudzo Munangagwa​

1) ​DON’T CELEBRATE TOO LONG, BUT FOCUS ON THE JOB AT HAND​

it is always a huge mistake to celebrate an achievement too long.What is happenning to me is important but I must not be carried away.

My predecessor Robert Mugabe was cheered by people in 1980, the same way I will be cheered today.

I don’t want to let those women singing for me at the airport today get me too excited.

Whenever life gives you a new opportunity….think in terms of action. Don’t let the Euphoria of a new achievement get to your head.

A new job? Study and pay attention at what needs to be done.

Newly married…..Dont be carried away by the ring on your finger, marriage is hard work.

The task that needs to be done needs focus….not excitement.
2) ​DONT “OVER” DESTROY THE LEGACY OF YOUR PREDECESSOR​

As I enter into the presidency this wee, I don’t want to be foolish.

I have a huge temptation to destroy everything that reminds me of President Mugabe.

But I must not stoop that low.

The former president had a lot of faults, but I want to make sure I don’t ignore the things he did right.

That is weak and foolish.

My job is not to erase someone from history but to make my own history.

If you enter into a new relationship…dont attack your girlfriend’s previous boyfriend…you are here to be her boyfriend. Be that.

It is bad to do something simply because you have a score to settle.

Revenge is a dangerous emotion because it damages me and my enemy.

3) ​KEEP THE MAGIC AND SPARKLE THAT GOT YOU THERE​

I was vice president of Zimbabwe for three years.

I had not seen such unity in my country such as what was displayed on Saturday.

I must never let people lose that.

It was magical to see thousands marching in unity and faith…blacks, whites, young and old.

In reality they were not marching for me…they were marching against oppression.

Im glad that even though they were not marching for me…they were carrying placards with my name….it means I have become a symbol of hope.

No matter what happens, I cannot let people lose this hope…it is something I must feed them ….and produce the results too.

That is the magic I must never lose.

If life allows you to be a symbol…(mockingjay) maintain that brand.be that person everyday.

Not everyone will stay inspired by you….but maintain the fire.

That passion is unique. Preserve it because you need the faith of people to accomplish greatness.

It is not your path alone…you need the hearts and minds of people.

A lot of things happened in the past…to some people. I’m a monster.

Those people will sabotage me.

A lot of people don’t trust me…and they have good reason not to.

Its going to be hard work, but let me do my best to change my reputation.

I must not expect quick results because mistakes are not eroded easily.

People are going to be skeptical of me …i must exhibit extreme patience and really make a change.

No matter how many speeches I give, people are just skeptical of me.

​​Because you cant TALK yourself out of a problem you BEHAVED yourself into​.

If you make a mistake in your past, allow people not to trust you … build confidence slowly, one day it will work out and the things of old will be forgotten.

In history I want to be remembered as the guy who restored Zimbabwe’s economy.

I must pay the price for the bad name I created…but by constant delivery…i will do well.

5) ​DONT TRY TO REWARD EVERYBODY​

I have many people to thank for my upcoming presidency.

My thank you’s are too many.

I owe these people a lot….

But one thing is for certain…even though they were loyal to me, they are actually loyal to the opportunities I create for them. In a way, they are somehow selfish.

Im thankful…but I can’t reward all of them because I will end up with incompetant fools m. (Mugabe’s mistake)

I must do the right thing… I will give positions to those who deserve them.

I know I’m going to hurt many people…some will feel used and betrayed.

Others will turn against me..

What if Oppah says she wants to be Minister of Finance ?

What if Mutsvangwa says I should award $10,000 to all war veterans?

It is impossible to please everyone.my mandate is to the people not to my advocates.

The best word a leader must learn is “no”

A leader must not be afraid of disappointing undeserving people.

You can never please everybody.
Fellow Zimbabweans those are some of the things I have been thinking about. I will continue a bit later in the day.

Caveat : This witty, incisive and thought provoking speech is said to emanate from the new Acting President of Zimbabwe, Emmerson Mnangagwa.
The Oasis Reporters cannot immediately ascertain it’s veracity or authenticity at this point in time. 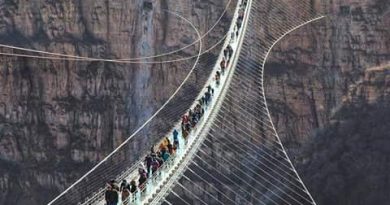 As an Alleged Pastor, Osinbajo’s Barefaced Lies Are A Low Descent And It’s Pathetic – Reno Omokri 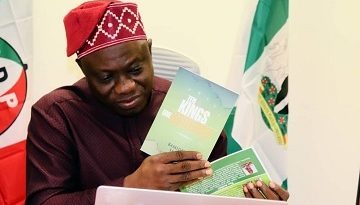