In calling for the use of “soldiers of fortune”, also known as mercenaries, to tackle the growing insecurity in the country, Nigerian born Nobel Laureate, Professor Wole Soyinka has tacitly confirmed that his political and security intellect is a little lower than Dr. Goodluck Jonathan’s despite the professorial halo swirling around his head.

Soyinka was one elderly South Westerner who gave former President Goodluck Jonathan no respite with his acerbic remarks and was reported in some sections of the media as having stooped low to insult Jonathan’s wife, Dame Patience Jonathan.

He saw Jonathan and dressed him in robes of incompetence, because the Nobel Laureate was a globally acclaimed literary giant, yet a novice in the art of governance. He had derided Jonathan’s handling of governance issues, including security.

Soyinka was one of the intellectual enablers from the South West of the emergence of Gen. Muhammadu Buhari, believing that his choice candidate would best solve Nigeria’s security challenges while favoring the defeat of Jonathan.

His South West region since then has been hemorrhaging under kidnappings and other forms of banditry allegedly being orchestrated by renegade Fulani militia with no governmental might to eliminate the problem.


Soyinka, who appeared on a one-on-one interview session on Arise News Television Network has called for foreign mercenaries to be invited and drafted to save Nigeria from the scourge of banditry.
That was exactly what foresighted Jonathan was doing, but towering classroom intellectual giants called him “clueless”.


In a reported version of the interview by This Day Newspaper, Soyinka warned the government against negotiating with bandits, saying it is impossible to appease evil. This was exactly Jonathan’s stance.

The literary icon cautioned governors of his native South-west to consciously guard against a possible transmutation of the regional security outfit, Amotekun, into a security menace, like the disbanded Special Anti-Robbery Squad (SARS). He said to curtail the growing threat to security of life and property in the country, “The government should be willing to pay people to come and help us.”


But the foreign military contractors previously engaged by Nigeria during the tenure of former President Goodluck Jonathan to combat insurgents have vowed never to return to Nigeria. They based their decision on the way the President Muhammadu Buhari administration treated them and their Nigerian counterparts.

Apart from paying the soldiers of fortune to come to Nigeria’s aid, Soyinka called for national mobilisation to combat insecurity. He condemned governors, who engaged in negotiations with bandits and criminal elements terrorising the country.

“So, let them get away with the issue of sovereignty. If they have to pay people to come and help us, then call them whatever you want. Please go ahead, because we’ve reached that stage of desperation.

“But I will prefer a general mobilisation in which people are trained, farmers especially, are trained to work with the hoe in one hand and the gun in the other hand, ready to protect their lives, their harvests and the rest of us. We are not unique. History is full of those situations. I will like to see a national mobilisation. Let’s be practical.”

Soyinka warned South-west governors to be wary and watchful against the use of the Ametokun security outfit in terrorising society, just like the disbanded SARS. He called for proper training, particularly on ethical standards, to avoid such conversion.

“I have told them anytime you want us to come and assist, we will come, even if it is just on the ethical session, so that as you are training them to defend us, we are also training their minds so that Amotekun does not become another SARS, very important. We must do everything together,” he said.

There have been renewed calls on the federal government by North-east governors to engage foreign mercenaries to help in routing Boko Haram terrorists in Sambisa forest and other enclaves.

During the Jonathan administration, Nigeria had brought in “military-technical advisers” – widely believed to be mercenaries – from South Africa and parts of the former Soviet Union to take on Boko Haram ahead of the 2015 general election. Several regional security, defence and diplomatic sources were aware of the development at the time. There was a tacit confirmation by Jonathan that two companies were providing “trainers and technicians” to help Nigerian forces, concluding the Thisday newspaper report.

Angry reactions from many Nigerians especially citizens of the Niger Delta region have taken to social media platforms to lambast the Nobel Laureate for his roundabout turn and his failure to acknowledge the great works Jonathan did in curbing insecurity due to seeming hatred for a president from the oil rich region of minority citizens where Nobel Laureate, Professor Wole Soyinka was noted to have gone to collect free multi millions in naira and eating lunch also worth multi millions in Port Harcourt, Rivers State under the guise of an organized Book fair.

The expenditures on the stupendously organized book fair became a subject of an investigation in Rivers State, a state crying for more money to address it’s several infrastructural deficits, yet finding multi millions to fete an aging professor at a time poorly paid teachers were on strike for improved conditions of service under former Governor Rotimi Amaechi. 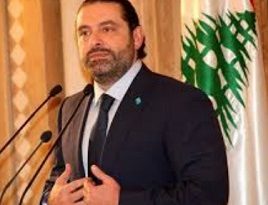 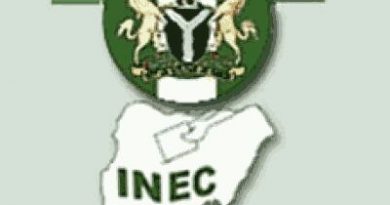 The Strategy Of Pacification In Nigerian Politics – Gora Dauda 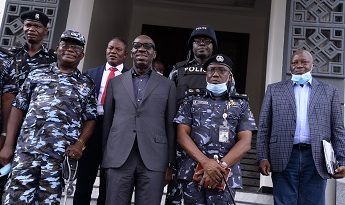