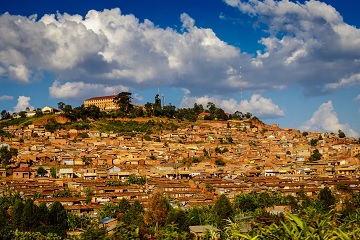 The challenges of informal settlements have once again been thrown into the spotlight in the midst of the current pandemic. Research has shown that some of the most at-risk populations and therefore the potential hotspots of COVID-19 are in informal settlements where density is above the threshold needed for social distancing.

The consequences of this have already become apparent. In the Western Cape province of South Africa, informal settlements continue to exceed residential suburbs in the number of COVID-19 cases. Nearly 12% of the province’s infections are in Cape Town’s largest low-income settlement of Khayelitsha, even though it is home to just 6% of the population.

At the same time, some of the densest cities in the world, such as Singapore, have managed the outbreak the best. The demon is therefore not density itself. Rather it’s the fact that many African governments have not planned and made the investments in informal settlements to manage the downsides of density – including contagion.

This is particularly evident with water and sanitation infrastructure. Only an estimated 56% of the urban population across Africa has access to piped water. This makes the minimum standard of 20 litres per person a day to attain essential levels of health and hygiene near impossible.

The South African government has allocated R2 billion to upgrading slums to improve access to water and sanitation facilities. This could have a significant impact not only on the current pandemic, but on health overall.

However, upgrading informal settlements may only be a temporary solution. For well-managed density, which will be crucial in preventing and fighting the pandemics of the future, governments across Africa must also tackle the regulatory environment that keeps the costs of building large-scale affordable housing high and thus restricts its supply.

Bridging the gap between formal and informal

Across the world, a house will often be the most important asset a family can own. Even when ownership is not an option, rent can make up a substantial portion of overall household consumption. This is particularly true for African cities, where urban dwellers face a 55% price premium on rent compared to other cities in the world.

This is driven by a number of factors, including poorly functioning land markets coupled with the fact that construction costs as well as registering property formally are more expensive than elsewhere.

Governments have tried to address this in a number of ways, from housing voucher schemes, used frequently in the US, which allows poorer households to select where they want to live, to large scale government public housing programmes, as is being undertaken in Addis Ababa.

However, there are often fundamentals that need to be resolved to make formal housing markets operate efficiently to better serve the urban poor. Land rights, and the ability of residents to use their property as collateral, are a distortion which limits private investment. Another is formal density restrictions, which are mostly far too strict in developing contexts, and push up the cost of housing prices. In Dar es Salaam, for example, the minimum lot size is 375m² – as compared to 28m² in Philadelphia, US, at early stages of development.

With the share of Africa’s population living in urban areas set to reach 50% by 2030, the demand for housing is also rising quickly. The supply of an affordable and decent quality housing stock is not keeping up, resulting in the further proliferation of informal settlements.

Informal settlements are often located quite centrally within cities. Research has shown that people often choose to live in these settlements, rather than in others with better quality housing, because they are closer to economic activity.

Within these settlements dense social networks are formed and therefore in-situ upgrading schemes to improve liveability have the major benefit of maintaining locational and network advantages of settlements. At the same time, upgrading programmes can signal that governments are officially recognising settlements – an important (but insufficient) step to formalisation.

There are costs to in-situ upgrading too. Retrofitting permanent infrastructures where people have already settled can be up to three times more expensive. Furthermore, the central location of some of the land may mean that residential settlement is not the most efficient use of that land in a rapidly growing cities. And informal settlements may be located in dangerous areas prone to flooding or landslides.

In addition, upgrading increases the value of the land and property in that area. The unintended consequence of such schemes can be gentrification. This was the case with the attempts to upgrade the Namuwongo slum in Kampala, where higher costs forced residents to move and establish informal settlements elsewhere.

The conditions of resettlement

Where the challenges outweigh the benefits, and there is clear economic and social reasoning, relocation of people to greenfield sites is another option. But it’s important that these sites have been planned and serviced before people settle. This was done, for example, in various Tanzanian cities in the 1970s and 1980s.

Residential plots on the outskirts of the cities were serviced primarily with water mains and roads. People were then invited to relocate to these plots for a fee. Interestingly, this was done at the same time as some informal settlements in other areas in Tanzania underwent upgrading programmes, allowing a comparison of both interventions to be studied 30 years later.

It is clear that the settlements receiving sites and services fared significantly better than those that were upgraded – they were better planned and currently have land values up to five times higher.

Moving people to another site is not always feasible. In some cases, the land may simply not be available. More importantly, evidence shows that even where relocation is voluntary, residents may not want to move.

In Tanzania, the sites and services programme was actually stopped as the initial capital investments were high and could not immediately be recouped by the fees paid.

This comes back to the fact that the value of a home is far more than the bricks and mortar. It’s about proximity to opportunities and social networks. Governments need to find ways of making alternative options more attractive to residents, through strong dialogue and understanding of their priorities, as well as compensation which reflects that.

The key is well-managed density

Short-term measures to upgrade informal settlements as announced by the South African government are essential when thinking about tackling COVID-19. However, given that emerging evidence shows that the majority of the transmission is through extended contact of people in small spaces, longer term policy considerations and investments will be needed to ensure density is well managed across the board.

To increase the liveability and resilience of Africa’s cities over the long term, we don’t need to reduce density. We need well-managed density achieved by addressing the regulatory limitations that keep formal housing at unattainable costs, as well as those that prevent township residents from investing in their properties. 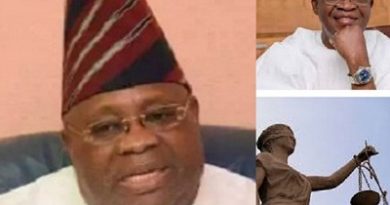 Osun Guber: Spitting On The Face Of Voters, As A Judge’s Error , Becomes A Litigant’s Albatross