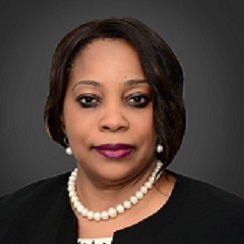 Coming from Skye Bank where she was Deputy Managing Director, Amaka Onwughalu has been appointed as Non-executive Director by the board of Fidelity Bank Plc.

This is seen by industry watchers as a positive move to put the better heeled female bankers at the driving seat of major banks to drive growth in a sectoral leadership cadre that has hitherto seen mainly men in dominant positions.


The new Non-executive director is a banking veteran with over 30 years of experience, where she served as former group managing director (GMD) of legacy Mainstreet Bank Limited, and after the integration of the bank with Skye Bank Plc, she held the position of deputy managing director until July 2016, when the Central Bank of Nigeria (CBN) announced changes on the board of the bank.

In a statement on Monday, the bank also announced the appointment of Nelson Chidozie Nweke and Chinedu Eric Okeke as non- executive directors of the bank.

Nweke currently serves as MD of Neilville Nigeria Limited and independent non-executive director at Berger Paints Plc. He holds a bachelor’s degree in Political Science and a master’s in Industrial and Labour Relations, both from the University of Ibadan.

Nweke had previously served as executive director at legacy Intercontinental Bank Plc, a non-executive director of Premium Pension Limited, and was a member of the governing council of Anambra State Investment Promotion and Protection Agency between 2014 and 2018.


Okeke, is presently the MD of Azura Power West Africa Limited and has over 19 years experience working for various blue-chip companies including Guinness Nigeria Plc, Lafarge Plc, Schlumberger Oilfield Services, and General Electric (GE). He obtained a bachelor’s degree in Electronic Engineering from the University of Nigeria, Nsukka (UNN) and an MBA from Imperial College, London.


Mustafa Chike-Obi, Fidelity Bank’s chairman, said: “We are very delighted to welcome the newly appointed Directors to the Fidelity family. These appointments end the on-going board realignment, occasioned by the retirements that had to happen, in line with our governance policies. We look forward to leveraging on the multi-disciplinary experiences of Amaka, Nelson and Chinedu in executing the next growth phase of Fidelity Bank”.

The appointments of Onwughalu and Nweke have been approved by the Central Bank of Nigeria (CBN) while that of Okeke is awaiting CBN approval.


An earlier announcement shortly before Christmas had indicated that Nneka Onyeali-Ikpe would resume As Fidelity Bank’s new CEO following the Central Bank of Nigeria’s approval of her recent appointment as the Managing Director Designate of Fidelity Bank Plc by the Board of the Bank, come January 1, 2021.

Onyeali-Ikpe is an industry professional of over 30 years standing who is taking over the reins of the leading Tier-2 bank from Mr Nnamdi Okonkwo who has been in the saddle since 2014 and whose tenure ends on December 31, 2020.

Known as the Amazon of the Nigerian banking sector, Mrs Onyeali-Ikpe’s assumption of office has brought a great deal of excitement to the financial services sector. A two-time Executive Director at two different commercial banks, first at the former Enterprise Bank and later at Fidelity Bank, she is a consummate professional with several awards of recognition for her contribution to the growth of the organizations where she has worked.


A versatile banker with experience that cuts across legal, treasury services, retail, investment, corporate and commercial banking with notable financial institutions such as Zenith Bank and Standard Chartered Bank among others, another striking dimension to the incoming Managing Director is her love for charity outreaches. She is well known to support many orphanages in Lagos- a practice she imbibed for so many years.

She is expected to continue to lead the transformation of the Bank in its quest for Tier 1 status. 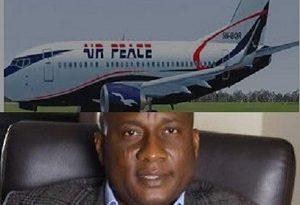 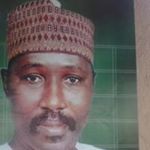 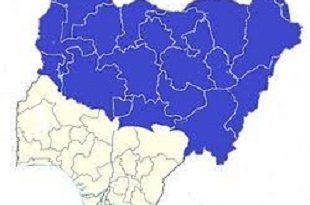