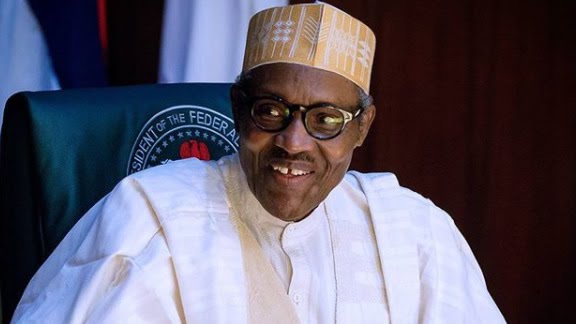 The Senate has criticised the Executive arm of the government over the 2018 budget, alleging that the budget may have been padded.

For example, the Senate Committee on power revealed that it discovered duplication amounting to N16 billion in the budget of the Ministry of Power, Works and Housing.

The lawmakers wondered why two items, the N4 billion earmarked for Kashimbilla transmission and N12 billion counterpart funding for transmission lines and substation projects, listed in the budget of Transmission Company of Nigeria (TCN) also appear in that of the Ministry.

“The N4 billion and N12 billion appeared on TCN budget when they came to defend their budget. The figure is misleading,” Adamu Aliero, Senator representing Kebbi central, said.

“I need to understand this thing. Look at the different pages. N120 million, N288 million and N480 million for the purchase of vehicles. I do not understand. Are these vehicles different? If you add up this figure, it gives you about N888 million,” he said.

“You also said that you want to spend N100 million on transfer of office files. How do you intend to do that? The people in your office, what have they been doing?

“I can also see from your estimates here that you captured another item for ICT, different from the N100 million for transfer of files. You need to explain these things.”

On a similar note, the House of Representatives also adopted a motion to an alleged contract inflation amounting to N42 billion in the Ministry of Power, Works and House.

Sponsored by Hon. Darlington Nwokocha representing Isiala Ngwa North and Isiala Ngwa South Federal Constituency of Abia State, the motion is a call to investigate the Fraudulent Award of Contracts Amounting to N42 Billion on Rural Electrification Schemes in some Federal Universities and to probe the award of contracts for rural electrification programme in 8 federal universities under the Federal Ministry of Power, Works and Housing.

Nwokocha stated that the projects, which were initially approved at N9.5 billion in the 2017 Appropriation Act were later awarded at the total cost of N42 billion, saying it was in the violation of the Public Procurement Act.

“The House notes that the Rural Electrification Access Program in the Federal Universities is a pilot scheme designed by the Federal Ministry of Power, Works and Housing to electrify 8 federal universities in the first instance and later replicate same across the remaining universities,” he said.

“Aware that the projects, which were supposed to be spread across the 4ix geopolitical zones of the country were not evenly distributed but mainly concentrated in some zones to the disadvantage of the others which is against the principle of federal character enshrined in Section 14 (3) of the Constitution of the Federal Republic of Nigeria, 1999.

“Aware that the projects which were initially approved at N9.5 billion in the Appropriation Act were later awarded at the total cost of N42 billion in voilation of the Public Procurement Act.

“Concerned that the contracts were selectively awarded to two contracting companies that do not have any records of achievements in the fields which is tantamount to further violation of the Public Procurement Act.”

The motion was adopted through a voice vote while the House urged the Ministry to stop further procurement process on the project pending the outcome of investigation.

It then mandated the Committee on Power and Public Procurement to investigate the matter and report back to the House for further legislative action within three weeks.

This is yet another in the series of budget inflations executed by the Buhari administration that came into power on the back of integrity and fighting corruption but has turned out to astonish the global community in it’s deals that has exhibited low levels on honesty leading a South African newspaper to turn Nigeria into the butt of jokes by lampooning the nation over it’s disappearing budget of many versions said to be padded and eaten by rats.
The world kept laughing at the nation that has slipped from its premier position as the leading economy in Africa and the most viable destination for foreign direct investments under Jonathan, which tumbled into recession in less than a year of handing over to President Buhari.

The president sworn in on May 29, 2017 spent an entire six months without an economic team and without a Cabinet despite the proddings of global leaders like then President Barack Obama, multilateral financial and economic development agencies.
Not too long after, Nigeria was plunged into an unprecedented recession and hyper inflation never before seen in over thirty years of Nigeria’s history, and incidentally, under Buhari’s military regime between 1983-1985 for the very first time.

Rebecca Sharibu Crying For Her Daughter Leah In The White House, Will Trump Console Her? 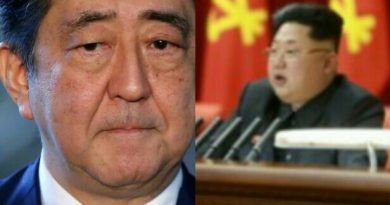 North Korean Missile Launch Over Japan: ‘There will be no bright future’ – Shinzo Abe