Shoprite, Africa’s largest food retailer, was erroneously quoted as planning to exit the Nigerian market after posting continuous decline in sales from its operations.

If they are making losses in Africa’s most populous nation and it’s largest market, where else would they make money ? Is it in smaller markets with fewer buyers ?

In a quoted trading update, it was alleged that the retail giant had filed a notice at the Johannesburg Stock Exchange (JSE) on Monday morning, saying that it was planning to discontinue its operations in Nigeria.

“Following approaches from various potential investors, and in line with our re-evaluation of the Group’s operating model in Nigeria, the Board has decided to initiate a formal process to consider the potential sale of all, or a majority stake, in Retail Supermarkets Nigeria Limited, a subsidiary of Shoprite International Limited”.

This is clearly propaganda, pure and simple and Nigerians jubilating over the expected benefits are rejoicing too early, as nothing could be further from the truth.


Can you expect a telecoms company like MTN that was a distant number 3 in market share with Vodacom as number in South Africa, changing it’s fortunes to become number 1 in Africa just by moving into Nigeria, Africa’s most populous country with virtually no functional telephone facilities, suddenly saying it was leaving ? Can you believe that ? Vodacom is still regretting it’s lack of strategic thinking to get into Nigeria.

Despite a hefty fine by the regulatory authorities followed by a threat to shed staff, did MTN quit ?
No !

Any such news of a divestment is ‘taquiyya’, pure deception. That’s business propaganda. They ain’t moving, no matter what.

Shoprite launched in Nigeria nearly 15 years ago, opening its first store in Lagos in December 2005.

That chain has grown from one to more than 25 retail stores across Nigeria — including some of the biggest retail stores in West Africa.


Therefore any figures that are put out about declining sales, simply ignore.

Recall how another South African firm, Stanbic Bank fooled their board of directors in Nigeria to take a stronger foothold and establish themselves firmly in the Nigerian market.

The Boers had deceived the then Alhaji Isiaku Rabiu led Board of Directors, put in place under the military regime era in Nigeria. By the time democracy birthed under Chief Obasanjo, the South Africans led the Isiaku Rabiu chaired board that they were divesting from the Nigerian market due to it’s harsh operating climate. They knew that many of the members were glorified ‘siddon look’ board members who neither understood figures nor read them. They did not know what the bank was worth. So when they were lied to that the bank was not making money, they believed the story.

Isiaku Rabiu asked them who they wanted to sell their shares to.

“Chartered Bank”, the leader from South Africa said. At that time, Chartered Bank with a wide branch spread were their commercial bankers. Stanbic was before then, a Merchant Bank called Grindlays Merchant Bank from Australia and New Zealand (ANZ). The ANZ parent holdings eventually sold the Africa Division to Standard Bank of South Africa which then changed name to Stanbic Bank before changing it’s status to a commercial bank on the heels of the Universal banking license introduced by General Ibrahim Babangida.

Isiaku Rabiu opposed the Boers, saying he had no intention of working with the South West owners of Chartered Bank.

“Then buy us out, Alhaji”, the South African said.

“I will pay three naira”.

“Alhaji, is that what you think we are worth” ? The South African looked pained.

“But you just said that you are not making money here” !

“In that case, since you don’t want to work with Chartered Bank and you won’t pay us what we want, let’s buy you out at five naira per share”.

He became interested, asked for a calculator. Checked and agreed.

A phone call back to South Africa. Money wired into Nigeria. A payment cheque. And South Africans took over majority holdings in Stanbic Bank Nigeria. They then appointed Nigeria’s first liaison officer (like Ambassador) to Washington in 1959, and who later spent six years as High Commissioner in the UK (1986-92), George Dove-Edwin as Chairman. Dove-Edwin didn’t sell his shares because the South African secretly nudged him not to.


Stanbic later went on to “merge” with IBTC (Investment Bank And Trust Company) owned by Atedo Peterside that had previously acquired Chartered Bank to form StanbicIBTCChartered Bank. But you can guess who bought which.

Therefore, South Africans are not known to quit lucrative markets, no matter the temporary setbacks if any. 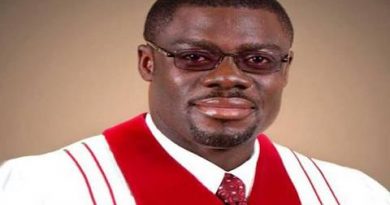