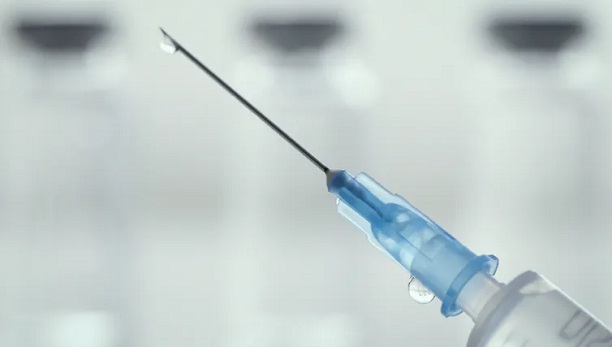 We find ourselves at a precarious time in global health. Many people are anxiously awaiting their turn to receive a vaccine for COVID-19, yet roll-out is slow and disorganized, with many countries facing supply shortages.

The conditions are ripe for opportunists to exploit the situation. Reports of unethical line-jumping by wealthy elites have started to surface, while others warn of the potential for a black-market trade in vaccines.

This isn’t the first time people have waited anxiously for a vaccine. The looking-glass of history reveals the uneasiness of emotion that accompanies moments like these, as well as the dark consequences that can arise when evil-doers take advantage of them.

One case in particular stands out as an important lesson for today: when thousands of vaccine doses were stolen by armed men during a supply shortage in 1959.

It was the summer of 1959, when the last great epidemic of poliomyelitis swept across Canada. Québec saw the most cases that year, with the newspapers reporting over a thousand cases and 88 deaths.

Although the health authorities in Montréal warned the public about the seriousness of the summer epidemic, they also begged the populace to remain calm. This was far from comforting for parents who feared for their children.

Polio infection could cause permanent paralysis and was deadly in five per cent of cases. Montréalers rushed to the vaccine clinics, sometimes waiting for hours in the rain.

Vaccine production in Canada was limited to only two laboratories, with the majority being provided by Connaught Labs at the University of Toronto. This put intense pressure on vaccine supplies and Québec, like the rest of North America, soon faced a vaccine shortage.

By August, Montréal was waiting desperately for more vaccines. It was a great relief when a huge shipment of the cherry-red vials arrived from Connaught Labs at the end of the month. The supply was enough to cover the city, and the surplus was planned for redistribution across the province.

Yet the redistribution never came to pass. One man by the name of Jean Paul Robinson, a temporary vaccine worker, had found the circumstances too enticing. Robinson had been tasked with running vials between the various clinics. He knew there was a shortage and that people were desperate. He also knew where the main supply of vaccine was stored: at the Microbiology Institute in the University of Montréal.

At 3 a.m. on Aug. 31, 1959, Robinson and two accomplices broke into the university armed with revolvers. They first locked the night guard in a cage with 500 lab monkeys. The thieves then broke the lock on the massive refrigerator, looted all the cases of the vaccine and stole the guard’s car as the getaway vehicle. In the end, they made away with 75,000 vials, valued at $50,000 (equivalent to almost $500,000 today). Robinson rented an empty apartment building and stashed his prize.

The crime shocked the country. The next day, the city announced it had completely run out of its vaccine supplies. Reporters seized on the situation, publishing reports of desperate mothers turned away from vaccine clinics in vain.

The provincial police were called in, and a special four-man team of investigators was assembled. They began by interviewing the hapless night guard. He couldn’t identify the culprits — who had been wearing nylon leggings over their faces — but he did overhear them speak about transporting the vaccines. The conversation provided the only lead: it seemed that at least one of the men had been “familiar with medical terms.”

The police soon brought in a medical student for questioning. By the next day, they had seized a supply of fresh vaccine from the shelves of a Pont-Viau drug store. The confiscated vials displayed the same serial number as the missing supply. Yet questioning both the medical student and the druggist led the police nowhere, and over the next few days, all leads ran dry. Worse yet, it seemed that the city was facing an upswing in infections, with another 36 patients admitted to hospital.

Meanwhile, Robinson was trying to figure out what to do with his ill-gotten supply of vaccine. Keeping the product cold was a difficult task — if left unrefrigerated for too long, the vaccine would be useless. He filled the refrigerator (saving one shelf for beer), while the rest of the cases were simply left on the floor at room temperature. Although he had been lucky to sell 299 vials for a tidy sum of $500 to the druggist at Pont-Viau, dispensing with the rest of the vaccine was too risky.

Taking a chance that the police were more interested in recovering the vials than catching the culprit, Robinson placed a call to the public police line. Posing as a concerned citizen, he declared that he had seen a large amount of suspicious cases labelled “Connaught Laboratories” being loaded out of a car on St. Hubert Street in the East End.

The police quickly discovered the missing cases of vaccine, but before they could be used, the vaccines would need to be tested thoroughly. This process could take up to two months, meaning the vials could not be used despite the epidemic. Fresh shipments of the vaccine were not planned to arrive for a few more weeks.

The public met the outcome of the investigation with outrage, with the Montréal Star going so far as to speculate that the police had made a deal with the guilty parties in order to recover the vaccine. Truly, it declared, “in the history of justice in Canada, this case must be unprecedented.” The stolen vaccines were eventually cleared for general use in October.

For their part, the police were far from done investigating. They soon turned their attention to identifying the culprit. They discovered that the man who had provided the police tip was also the man who had sold the Pont-Viau druggist his 299 vials. Evidence continued to mount against Robinson when the janitor of the apartment building identified him. After denying all charges, Robinson fled. He was discovered three weeks later hiding out in a small shed on an “isolated backroad farm.”

Prosecuting Robinson turned out to be a much harder task, and the case eventually fell apart. Although one of his accomplices had originally identified Jean Paul Robinson as the mastermind of the heist, when the trial came around two years later, the witness recanted his original statement (he would later be charged with perjury).

Robinson himself proved imperturbable during courtroom interrogations. He painted himself a public-spirited citizen who had simply tried to “retrieve” the stolen vaccines from the true criminal mastermind: a mysterious man by the name of Bob. Robinson claimed that Bob had set the whole thing up before he had disappeared and escaped justice. The judge eventually ruled that although Robinson’s story was “strange and a little far-fetched,” in the end, “the Crown had not proven a case beyond a reasonable doubt” and he was acquitted.

As millions of people worldwide anxiously await the distribution of the COVID-19 vaccines, this case warns of the possible consequences of disorganized and poorly planned vaccine programs. Those looking to profit from mistakes, shortages and desperation are out there, and it is important that policy makers keep this in mind as vaccination programs are rolled out.

Paula Larsson, Doctoral Student, Centre for the History of Science, Medicine, and Technology, University of Oxford 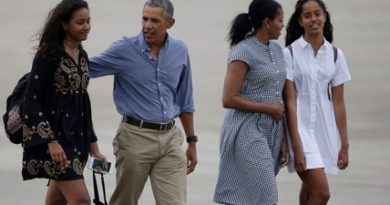 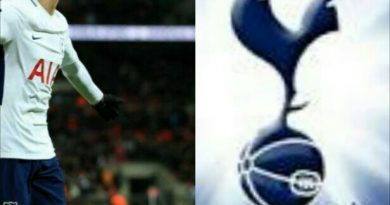 Lamela’s Lamentation Over Disallowed Goal And The Future Of VAR, Video Assisted Refereeing In Football