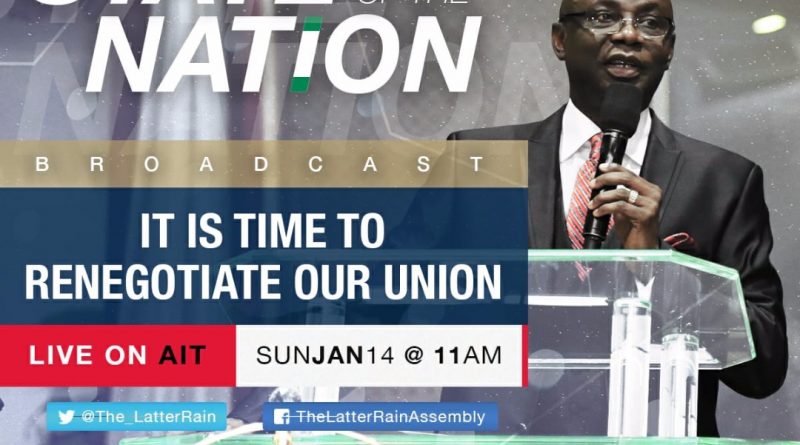 The 2011 presidential running mate to then candidate Muhammadu Buhari of the CPC, pastor Tunde Bakare, Overseer of the Latter Rain Assembly, has condemned President Muhammadu Bubari for being lackadaisical in reacting to the crisis created by Fulni herdsmen across the country.

The outspoken pastor said Buhari’s government failed in the area of security, a situation which had permitted a genocide in some parts of the country.
In a statement, the former presidential running mate said the president and his government did nothing about the genocide in Benue state despite being warned 18 months earlier.

According to Bakare, “Nothing indicts the current government greater than its failure in one key performance area that ought to be its strength: security.
“Despite recent setbacks, we acknowledge the gains in the war against Boko Haram, but highly disturbing is the mayhem being continually unleashed by herdsmen militia on communities in different states across the country, including Benue, Taraba, Plateau, Adamawa, Kaduna, Enugu, Edo and Ogun States, leaving trails of weeping and wailing.
“The recent killings in Benue State are akin to the last straw that is set to break the camel’s back. Not only has the government failed to stop these killings across the country, it has done so against the backdrop of conspiratorial silence, choosing rather to label such attacks ‘an issue of communal misunderstanding’, as the Inspector General of Police recently did in respect of the Benue attacks; it has treated the menace with kid gloves even after the Global Terrorism Index 2015 described ‘militant’ herdsmen as ‘the fourth most deadly group of 2014’.
“Worse still, some of these killings have reportedly been carried out in collusion with the military.”

The clergyman noted that the federal government has “become complicit for the following reasons:
“By not advancing and vigorously executing policies aimed at pre-empting or preventing these killings even with sufficient warnings: I am reminded of the open letter to President Muhammadu Buhari by a former Nigerian High Commissioner to Canada and Second Republic senator, Prof. Iyorwuese Hagher. Permit me to quote excerpts from that letter:
‘Your Excellency Mr. President…I am pained that you ignored my advice in my private memorandum to you dated 30th July 2016. I had warned you of the possibility of a horrendous genocide in Benue, Plateau, Taraba, Southern Kaduna, and Southern Adamawa States.
‘I asked you to be proactive and stop the genocide that has been ongoing but which would burst out in the open and shock the world within 18 months. Your office replied my letter…thanking me ‘immensely’ and giving me the assurances that the advice would be heeded…I regret to now inform you that it is seventeen months since my warning and prediction and your government did nothing to pre-empt or prevent the genocide.’” 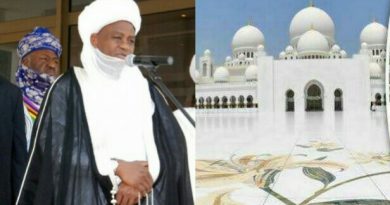 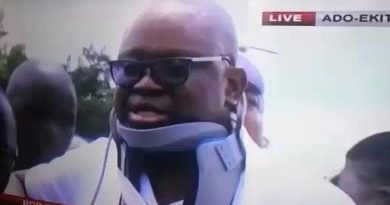 Rate of Noiseless Burglaries On The Increase In Nigeria’s South West, Residents Cry Out