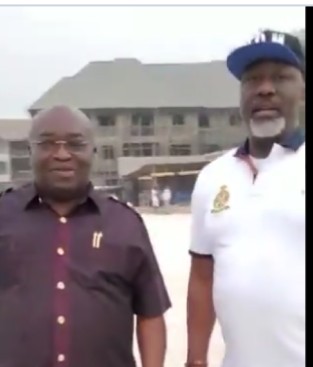 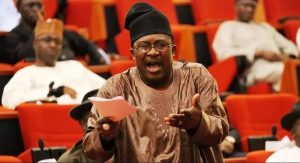 Governor Ikpeazu has reacted to the uncomplimentary comments said to have been made by Kogi West Senator, Smart Adeyemi in the National Assembly.

It would be recalled that the senator during a plenary session on Monday asserted that Abia state was governed by drunkards and further stated that Governor Ikpeazu the present governor of Abia state is a ‘ Champagne drinking governor’.

It is shocking that a diabolical father of a known drug addict who even went to a rehabilitation center will call the decent Governor of Abia State names. I apologise unbehalf of this blood thirsty senator.

In reaction to the comment by Senator Adeyemi the Chief Press Secretary To Governor Ikpeazu Sir Onyebuchi Ememanka on Tuesday released a statement refuting Adeyemi’s claim and further urged him to seek Psychiatric help.

” Our attention has been drawn to comments made by the Senator representing Kogi West in the Senate, Senator Smart Adeyemi on the floor of the Senate yesterday, Monday, 22nd February, 2021. While the Senate was debating a motion on how to protect schools across the country.

” Senator Adeyemi in his contribution stated that while his State Governor had awarded contracts for the renovation of schools, Abia is governed by drunkards. He then went ahead to say that the Governor of Abia State is a “champagne drinking Governor”.

” Our initial response was to totally ignore the story because it is difficult to believe that a Senator of the Federal Republic of Nigeria will reduce both himself and the institution of the Senate to such gutter level, but having confirmed that indeed, the Senator made such comments, a response has become imperative.

” Our view is that the Senator is either suffering from a protracted case of mental illness or is battling with occasional fits of schizophrenia which manifests in making careless, dishonorable, unrelated and incoherent statements.

” This conclusion becomes irresistible judging from the total disconnect between the matter being discussed by the Senate and the comments made by the Senator as they affect the Governor.

” If Senator Adeyemi was of sound mind, he should have known that when it comes to education, Abia is miles ahead of his home State of Kogi. Indeed, not just in education but in every single area of development.

” If Senator Adeyemi had his faculties intact, he should have known that under the watch of Governor Okezie Ikpeazu, Abia State has maintained first position in WAEC Examinations in the entire country for five years now.

” If not, he would have known that while his State is still awarding contracts for the renovation of schools, Abia had long completed more than 500 classroom projects scattered across schools in Abia State, and still counting.

” It is obvious that Senator Adeyemi is battling with acute dementia and has lost every of his instincts as a journalist. If not, he would have known that just last week, the National Bureau of Statistics adjudged Abia State as No. 3 on the list of States that attracted foreign direct investments, with only Lagos and Abuja ahead of Abia State in the entire country.

” It takes much more than drinking champagne to guide a state from zero foreign investments to No. 3 in the country.

” Kogi State featured prominently on the list of states that attracted zero investments. It is only a state that is peaceful and secure that has the capacity to attract such cross border investments.

” Some weeks ago, the National Center for Disease Control (NCDC) branded Kogi State unsafe for their consistent lip service to the COVID-19 pandemic. Senator Adeyemi was never heard to have either responded to that statement by the @NCDCgov or raise it on the floor of the Senate.

” Yet, he has the effrontery, or rather, the buffoonery, to abuse a Governor whose state has maintained one of the lowest COVID-19 fatality rates in the country through proactive measures to protect our people.

” Between a Governor who has consistently denied the existence of Covid-19 and the one who has put in place measures to protect his people, one wonders who is the drunkard.

” Let us even interrogate the statements of Senator Adeyemi further.

“According to him, his comments against Governor Okezie Ikpeazu were in response to some comments allegedly made by the Senate Minority Leader, Senator Enyinnaya Abaribe against the Governor of Kogi State in a social media post.

” This response, without more, confirms that Senator Adeyemi is mentally unstable.

” If Senator Enyinnaya Abaribe made negative comments against the Governor of Kogi State, the proper approach was to respond to the Senator directly.

” Governor Okezie Ikpeazu cannot, by any stretch of the imagination, be vicariously liable for the comments allegedly made by Senator Abaribe.
” Interestingly, Senator Abaribe clearly denied ever making such comments against the Kogi State Governor.

” For the avoidance of doubt, Governor Okezie Ikpeazu does not take alcoholic drinks and he is shocked at the schizophrenic outbursts of Senator Adeyemi whom he has never met nor had any dealings whatsoever with officially nor privately.

” Governor Ikpeazu makes it abundantly clear to the Senator that save for the parliamentary privilege which he unfortunately enjoys, Senator Adeyemi would have been put to the strictest proof of his wild and senseless comments before a Court of Law. 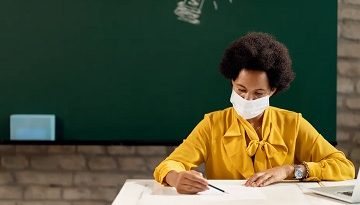 Online And In The Classroom, COVID-19 Has Put New Demands On Teachers 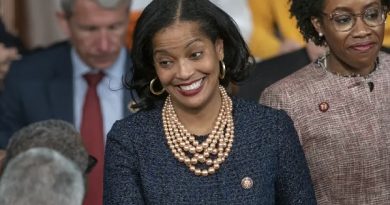 A Record Number Of Women Will Serve In The 117th Congress, Including At Least 51 Women Of Color

Was APC National Convention Secretary Pushed Out To Placate Okorocha? Ndoma-Egba Takes Over