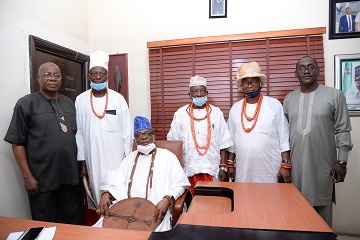 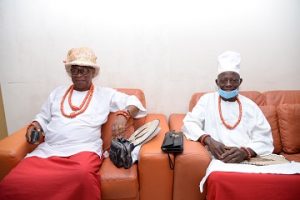 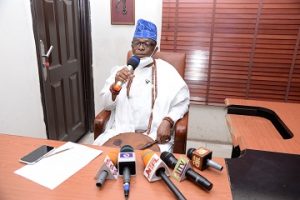 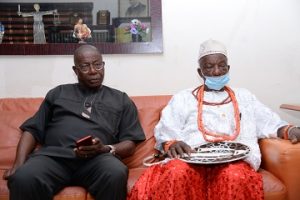 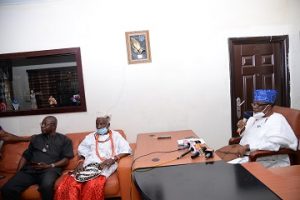 #EdoFirst-Another Lie from Ize-Iyamu: The Oje of Ora-designate, Prof. Joshua Aisiku, has refuted reports that he conferred the ‘Oyakhire of Ora’ title on @IzeIyamu4EdoGov, candidate of @OfficialAPCNg in the Sept.19, 2020 guber election. Watch and share.
Edo is #BetterWithPDP pic.twitter.com/1NdmLYJiHk

The Oje of Ora-designate, Prof. Joshua Unuigboje Aisiku, has refuted media reports that he conferred the Oyakhire of Ora chieftaincy title on Osagie Ize-Iyamu, candidate of the All Progressives Congress (APC) in the September 19, 2020 governorship election.

Briefing journalists in Benin City, Aisiku described the claim by the APC candidate as a scam, noting that the action is against the customs and tradition of the Ora people.

He said: “I refute that report categorically in the strongest terms because it is devoid of any iota of truth. I want to make it clear that I never conferred any title on anybody.

“Reports that Ize-Iyamu was conferred with the title of Oyakhire of Ora, and that I, Chief Joshua Aisiku, conferred the title on him is a lie and a scam. I didn’t confer any title on the APC candidate, Ize-Iyamu on the 27th of August, 2020.”

According to him, “No chief has the right or power to confer honorary title on any individual as that right rests in the Oje of Ora exclusively.”


The Oje-designate said: “Some aspects of the media also said one chief Joshua Ikhidero and Chief John Akhihiero conferred the title on the APC candidate against all known tradition and customs of Ora. They didn’t consult any other chief, except the ones they put together.

“We have records that the past Oje of Ora, who has joined the ancestors conferred titles on some individuals, including the former Governor of Edo State, Chief Lucky Igbinedion; former Deputy Governor, Mike Oghiadomhe and the retired Inspector General of Police, Solomon Arase.”

He stressed: “The report of one chief giving title to Ize-Iyamu is against the customs and traditions of Ora. The rally they claimed was held to give him the title was held in Eme-Ora not in Sabongida-Ora as reported in social media. The event took place in the private residence of Chief John Akhihiero, not in the palace as reported in the social media. He has no palace, neither does he have any rights to call his residence a palace.”


“I was neither in Eme-Ora nor Ohia when this claimed title was given to APC candidate for the September 19, 2020 governorship election in Edo State.” 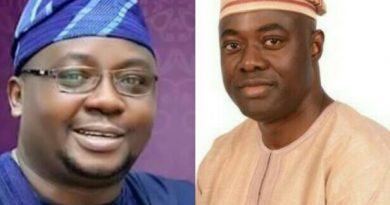 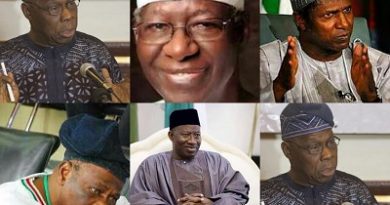