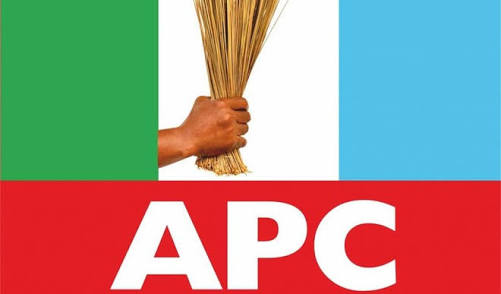 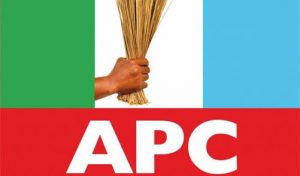 The circumstances leading up to the German holocaust which inspired the anti-Nazi priest to philosophize the way he did, bears striking resemblance to the brewing political storm in the APC, albeit in smaller dimension.

That is because unlike the horrific loss of lives through the holocaust, only political influence and power may be lost when the hurly-burly is done in APC.

The situation which calls for introspection compels two pertinent questions:

In the current politically combustible atmosphere whereby the APC national leader, Bola Tinubu, who has signified his intention to run for the office of the president and going by the social media post earlier highlighted, is being left in the lurch,(as his former allies desert him for greener pastures) who will speak out for him?

With former Vice President Atiku Abubakar now an endangered political specie after he declared his intention to run again fur the presidency and as Nigerian Ports Authority, NPA cancels the multi billion Naira contract with Intel, a firm in which he has significant interest, who will speak out for him?

As 2019 circle of elections ramps up and more politicians throw their hats into the ring, would the current cat fights not degenerate?

The question is elicited by the fact that all the demons in the political cauldron which had retracted their fangs have started baring them like werewolf in season baying desperately for blood.

Need l remind all that the more the internecine war rages, the less the potential of APC returning as the ruling party in 2019?

In one of my previous articles titled “The Inconvenient Truth About The APC” published widely about two years ago, l predicted dire consequences for the APC as a result of not following the entity formation principle of Forming, Storming, Norming and Performing as enunciated by Bruce Tuchman.

The ruling party deliberately avoided the very critical Storming stage which could have provided the true test of the cohesiveness or otherwise of the amalgamated parties.

This stems from the fact that it is at the Storming stage that the real interests of the collaborating parties ACN, CPC and ANPP and PDP factions which formed the APC union, could have been pushed.

And where else to engage in such political horse trading than the party convention which is a veritable platform?

For instance, two years after key aspects of the convention were suspended to avoid the internal strife that it could have sparked, party executive offices such as board of trustees, BOT post etc have remained vacant.

That perhaps explains why APC members expectant of a national convention earlier than the pending date, can be said to have been waiting for Godot like the case in the mythical folkloric play by Samuel Beckett titled WAITING FOR GODOT in which two characters, Vladimir and Estragon, wait for the arrival of someone called Godot who never arrives.

But clearly, the legacy parties that dissolved into the APC which were ordinarily strange bed fellows, preferred to unite against Goodluck Jonathan and PDP by deciding to suspend the projection of their narrow ethnic and religious agendas, just to upend PDP’s trenchant control of Government at the center for uninterrupted sixteen years.

Unsurprisingly, the opportunity to return to the Storming stage which it bucked for the reasons stated earlier, has remained frozen over two years after.

The closest the APC will be to its day of reckoning, which got frozen in time in excess of two years, would be next Wednesday, November 1, 2017 when the party’s National Executive Committee, NEC meeting would be holding in Aso Rock Villa , Abuja.

If l were president Buhari, l won’t try to be like the Chinese premier Xi Ji Ping who used the recent China’s ruling party’s national conference which holds every five years to consolidate his hold on power by incorporating his policies into the Chinese constitution.

Instead, President Buhari should leverage the opportunity to dole out thousands of yet to be filled political offices( board membership etc) to the party faithful who two years after their party literarily rode on the mythical broom ( in Africa it is believed that witches travel on broom sticks) into Aso Rock Villa have been waiting to no avail for the reward of their hard work..

Mr President does not need a sooth sayer to alert him to the fact that the motivational zeal of 2015 of party members , which was to first and foremost kick out Goodluck Jonathan and PDP and then share power later, has now evaporated.

A recent comment by ACN former chairman and ex interim chairman of APC , Bisi Akande that the presidential ticket for the party is open for contest in 2019 and the counter statements from notable northern leaders and Buharists might be foreshadowing the storm ahead.

The truth is that things have fallen apart within the APC and the center can no longer hold -apologies to Chinua Achebe.

In the light of the foregoing, if we would allow conventional wisdom to be our guide, avoiding having a difficult conversation owing to its possible nasty outcome, which amounts to postponing the evil day, is an ideal recipe for disaster waiting to happen.

And unfortunately, that is what APC is increasingly tending towards right now.

Unless some fundamental decisions, like taking a clear position on the need to restructure the political architecture of the nation or devolution of more power to the states are made unequivocally; and definite efforts to shorn the presidency of the cloak of corruption with which it is currently draped is made and seen to have been made fairly and justly, the APC may be heading for its Waterloo in 2019 .

I’m convinced that without mr president unleashing the charm offensive of allowing other party faithful share in the common success of the party’s victory earned in 2015 (which he and a handful of members have been enjoying while most of the others are yet to have a whiff of it) a gesture which would certainly calm frayed nerves, more rebellion within the party should not be ruled out.

What the forgoing conclusions basically indicates is that President Buhari has the power to break or make his party (which is manifestly cracked) during the forthcoming NEC meeting on the first day of November.

The ball as they say, is now in President Buhari’s court.

And at the risk of sounding bombastic, if the aforementioned recommended steps are not taken, l predict that there will be political higgledy-piggledy in the course of the much awaited APC NEC meeting as members are expected to rebel.

Pessimists aver that president Buhari is unbending, as such he may not change his hard stance.

As an optimist, my counter argument is that he was initially against increase in petroleum pump price, but eventually allowed a raise that has facilitated its steady availability; he resented Naira devaluation with perfect hatred, but the Nigerian currency is now half the nominal value before he took over the mantle and Nigerians are looking more inwards for alternatives to imports; when President Buhari came to power, the tirades about Nigeria being a ‘fantastically corrupt’ country was fashionable and therefore rent the air, within and outside Nigeria resulting in flight of capital. Now corruption is no more a talking point and Nigerians both home and abroad have regained a bit of respect. Similarly, anti corruption war, fighting insurgency and resuscitation of the economy were the three point agenda of government and in that order of priority.

Along with the sudden drop in the price of crude oil, the economy went into recession because it was not accorded the top priority attention that it deserved.

Today, things have changed a bit because instead of the Itse Sagay led Presidential Committee on Anti Corruption , which seem to have the mindset that all Nigerians are corrupt until proven innocent, (an attitude that has tarnished Nigeria’s image gravely) a robust economic team led by Vice President Yemi Osinbajo has been inaugurated and it has taken the center stage. And fittingly, strengthening the economy has taken preeminence as president Buhari’s development agenda with bountiful improvements.

Owing to the new approach, apart from corruption allegations becoming more mute, numerous executive orders including ease of doing business and promotion of local content in procurements, are being signed into law by president Buhari. As a result, the hitherto ailing economy which was in intensive care unit, lCU is now in the recovery room as Nigerian Bureau of Statistics, NBS is now reporting modest positive growth of 1.5% in the past two quarters of the year .

Going by the hard stance taken in the past by president Buhari, and how he has become more accommodating as catalogued above, it may be safe to conclude that he is really not as unbending as most people are wont to believe.

He probably needs to be persuaded or convinced more with superior argument before he can endorse a recommended policy initiative, and that is a matter of style .

Arising from the foregoing, l’m willing to wager a bet that president Buhari who wields the uncanny power to surprise his antagonists and protagonists alike , may pull a hat trick at the forthcoming APC NEC meeting and the national convention coming up subsequently, by doing the needful and thus steer APC away from potential shipwreck.

Two Years On: The Uncommon PDP Success Story With Secondus In The Saddle 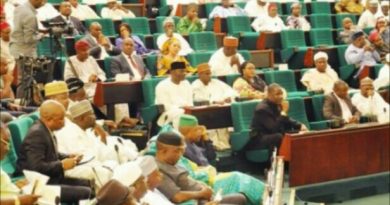 The Contradictions Inherent In Nigerians As A People 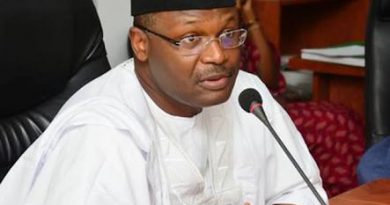