The Irigwe Community in Bassa Local Government Area of Plateau State has described the statement issued by the MIYETTI Allah Cattle Breeders Association, (MACBAN)” on the recent attacks that claimed several lives and property in Bassa LGA, “as a tissue of lies”.

Mr Sunday Abdu, IVE GULU IDA and  President, Irigwe Development Association, IDA said each time it feels to respond to MACBAN it feels diminished to have stooped so low, but is compelled to do so to save the discerning readers from such lies and cheap propaganda.

“We are therefore, compelled by the need to counter lies with the truth, and set the records straight.

Here is our reaction to a statement released by the MIYETTI ALLAH CATTLE BREEDERS ASSOCIATION, MACBAN, on the 14th of March 2018.

” But first, we want to ask why the government is yet to proscribe this deadly organization, if at all it is registered, for what they are.

That a group comes out every time its militia unleashes mayhem on innocent communities to issue threats in the name of statement, to us, is self-indictment.

“As such, we wonder why government is still looking for the so-called ‘unknown gunmen’ that have continually unleashed terror on our people in Plateau state and beyond.

“The solution is simple, arrest leaders of MACBAN and these killings will stop.

We will like to reiterate for the umpteenth time, IRIGWE LAND does not have militia, Even though with the way these things keep happening, it would not be a totally bad idea to start thinking of a way to secure our land from the herdsman’s siege..

“We view the claims by MACBAN that IRIGWE people invaded their residents in RUKUBA LAND as laughable and once more, a calculated attempt to set us at war with our neighbours of centuries, and this plan has failed!

“The BACHE people of RUKUBA chiefdom themselves, have not been free from the herdsmen’s excesses.

If indeed, the Fulanis have taken casualties from their invasion of the DONG/RAFIKI axis on Tuesday 14th March 2018, then we must thank the security agencies for reducing the number of the so called unknown gunmen who have been unleashing terror on our communities.

We feel this must have been during their exchange of gunfire, which saw many residents of the area fleeing for their lives. We therefore, say ‘kudos’ to the security personnel.

You may have heard that during the herdsmen attack on DONG and RAFIKI areas, some security agents paid the supreme price for the land; we do not expect them to take the loss of their comrades lying down. More so, contrary to the claims by the Fulanis, the military authorities have issued a statement stating who killed their personnel. It is a known fact that the herdsmen are known for killing security personnel everywhere they strike. We therefore, find it laughable and desperate that MACBAN  is accusing our people of this act. We find the military’s quick reaction to this as a vindication of the innocent amd peaceful Irigwe race.

“Also, because of the continuous attack on our people in IRIGWELAND, security personnel have been stationed strategically, with many check points mounted, “we wonder therefore, how possible it is to move around with the number of cattle MACBAN claims were taken from their enclave without security stopping the persons.

“By the way, we heard the commissioner for Information on radio saying he received messages that some stray cattle have been seen in the area, we therefore, advice their owners to go claim them, and not use that to justify another round of senseless killings.

We have constantly stated that we do not know how to control cattle, and thus, cannot rustle same. It is not in the character of the IRIGWE man. The Fulani man on the other hand, is skilled in this evil art, and does it with ease. For the avoidance of doubt, only recently, the Plateau state Police command paraded a Fulani man, who killed a boy of seven years and carted away his livestock. This is enough evidence to support our position.

The locations mentioned by the MIYETTI ALLAH group’s statement as areas they lost their own, are among places we have continually called on security agencies to comb, as they serve as enclaves for the herdsmen who hide their visiting mercenaries that come out at night to invade our innocent villages. If indeed these areas have been dislodged, then we think the security agencies have listened to our cries and we say ‘kudos’, but there are more.

You are aware that we buried twenty five people on the day we had set out to bury four out of the five that were killed on the night of the president’s visit to the state, this is in addition to the ones we have buried from series of attacks since January, not to mention the number of homes we have lost from such attacks and the destruction of farmlands which has ensured a looming hunger.

I think if really MACBAN has a conscience, perhaps it is time it it told its militia, “enough is enough”. 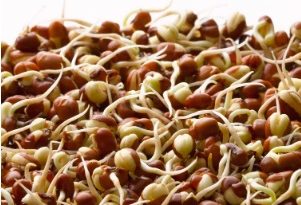 Nigeria Has Given A New GM Cowpea Variety The Go Ahead. Why It Matters