Nigeria’s former President Goodluck Jonathan has shone light on what true friendship means, as he has paid tribute to late President Musa Yar’Adua, something he has never failed to do each passing year.

In a tribute posted on his official Twitter handle @GEJonathan, Jonathan described his late principal as a brother, friend and a man of integrity.

On this day nine years ago I lost a friend, colleague, brother, and boss, President Umaru Musa Yar'Adua. He was a selfless leader who placed national interest above personal and ethnic gains.

Today, I remember and celebrate him for the works that he had done. Peace he lived for and homes of peace he built. Democracy he loved and democracy he nurtured. We will always remember you for your service. A servant leader truly you remain. -GEJ pic.twitter.com/Rnj2gAOdED

He used the opportunity he had in public service to build bridges of love, foster unity and give hope to Nigerians.

President Yar'Adua was a man of integrity with a humble spirit who always took upon himself the burden of national reconciliation, peace-building, and democratic consolidation.

As Yar’Adua’s running mate in the 2007 presidential election which they won, Goodluck Ebele Jonathan had to follow with courage and loyalty all through the three years of difficulty when Yar’Adua fell ill and Jonathan had to step in. .

Before Jonathan stepped into the shoes of his principal, Yar’Adua and became Nigeria’s President there were difficulties when realization came that the presidency had followed the constitution and moved to the South.

In 2011, Jonathan won the presidential elections and remained Nigeria’s President till 2015

Honour has just come for President Barack Obama under a Republican Party administration. That is the beautiful expression of true American democracy, unlike the Nigerian democracy that relies on belittling and denigrating previous regimes. A practice that Goodluck never engaged in.

Will honour come to Yar’Adua and Jonathan as it has come for Obama?

The City of Los Angeles has renamed a nearly 4-mile stretch of road from "Rodeo Road" to "Obama Boulevard," in honor of the country's first African-American president https://t.co/du1emwYDiU

Only time will tell. 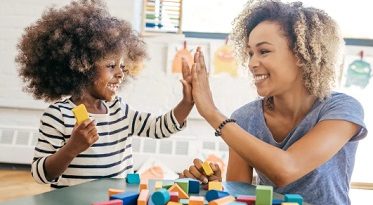 How To Keep Children Learning At Home. And You Don’t Need Material Resources