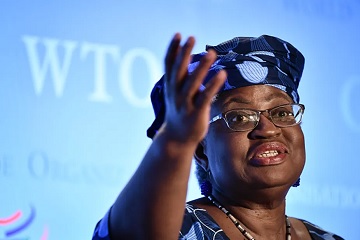 The Nigerian born economist, international development expert and Harvard trained Dr. Ngozi Okonjo-Iweala has been named the Forbes African Of The Year and congratulatory messages are streaming in from across the globe already.

Former Nigerian President, Olusegun Obasanjo smelt something in her on seeing her managing the World Bank, then quickly headhunted her to be his minister of finance, squeezing her in as Anambra State nominee why her husband is indigenous to whereas she is a princess of the Ogwashi-Uku kingdom in Delta state.

As Finance minister, she successfully negotiated debt relief for her country Nigeria and exit from the overhanging Paris Club debts with multilateral institutions.

After Obasanjo’s tenure, Dr. Iweala returned as Coordinating Minister of the government of Dr. Goodluck Jonathan, and also, Finance minister.

Dr Ngozi Okonjo-Iweala sits on the Boards of Standard Chartered Bank, Twitter, Global Alliance for Vaccines and Immunization, and the African Risk Capacity, according to Wikipedia.


Amongst the many institutions that she attended, one of them is the Massachusetts Institute of Technology.

Thrilled to be named @forbesafrica -CNBC 2020 African of the Year following in the footsteps of my great Brothers @PaulKagame and @akin_adesina. This award is for fellow Africans suffering the health & economic impact of Covid19. The energy and resilience of Africans inspires me! https://t.co/CKDEyls7T9

Ngozi Okonjo-Iweala is currently the front runner to head the World Trade Organization, and where it not for the opposition of outgoing American president Donald Trump, she would long since have been announced as the WTO director general for all continents want her. Once Trump leaves office on January 20, 2021,announcing her would be a piece of cake.

Hearty congratulations to her. 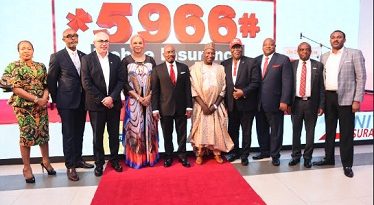 The Elevation Of Incompetence 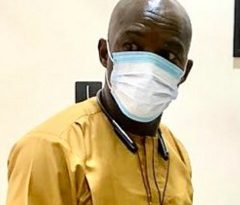