A Moroccan small-time drug dealer with a history of petty crime has been named as the 26-year-old Islamist gunman shot dead by police after killing four people in a shooting spree in southwest France.

“This is often despite being on a watchlist for people vulnerable to radicalisation kept by French intelligence services.
Lakdim, who lived in Carcassonne, where he began his deadly spree before taking a hostage at the nearby town of Trèbes, was known to local police as a minor offender and had been observed for a time by intelligence officers to see if he was at risk of Islamist radicalisation”, according to the Telegraph.

“He was known by the police for petty crimes, we had monitored him and did not think he had been radicalised,” Interior Minister Gerard Collomb told reporters at the scene of his hostage-taking at a supermarket in Trèbes, where he killed two of his three victims.

Lakdim lived with a partner and his parents and siblings in an apartment block in a sprawling council estate on the edge of Carcassonne known as the Cité Ozanam.

It was sealed off on Friday as police searched his flat and the homes of his associates and friends.

The woman who lived with him was on Friday detained for questioning, anti-terror prosecutor Francois Molins said.

Neighbours quoted by French media had only praise for the young man, describing him as a “calm” and “nice” person who “always had a kind word to say”, and noting that he regularly attended a mosque.

He also regularly dropped off one of his little sisters to school, a neighbour said. Officials speculated that he had keep his radical leanings very quiet or that he had suddenly become radicalised recently, perhaps via social media, as has been the case for several young men who have carried out attacks in France or attempted to do so.

Mr Collomb has previously said dozens of attacks have been thwarted by police as the government stepped up anti-terror measures.

He said on Friday that Lakdim had “suddenly decided to act” for unknown reasons. Since the January 2015 massacre at the office of the satirical newspaper Charlie Hebdo in Paris by two men claiming allegiance to Al-Qaeda and the Islamic State group, more than 240 people have been killed in jihadist attacks in France.

A few days after the Charlie Hebdo attack, another man stormed a Jewish supermarket in Paris, taking hostages and killing four people before being killed by police.

All three men had a history of extremism and were known to French intelligence.

Abdelhamid Abaaoud and Salah Abdeslam, who killed 130 in Paris in November 2015, had both previously served time in prison for robbery. 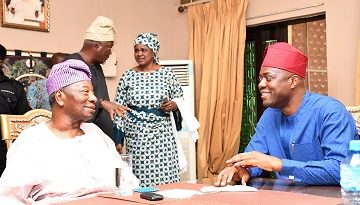 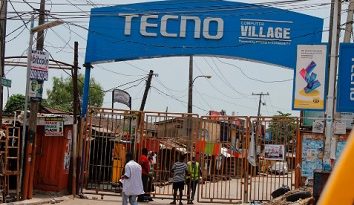 Lockdown Will Hit Nigeria’s Smallscale Entrepreneurs Hard. What Can Be Done