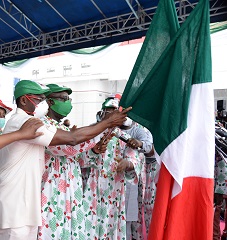 The Special Adviser to the Edo State Governor on Media and Communication Strategy, Mr. Crusoe Osagie has flayed rumours that there was a clash between Governor Godwin Obaseki and his deputy, Rt. Hon. Comrade Philip Shaibu.

In a statement, Osagie said the falsehood could only have emanated from the All Progressives Congress (APC), who have no substance in their campaign and are only adept at spinning the rumour mill and concocting alternative facts to massage the egos of their paymasters who cannot run an issue-based campaign but rely primarily on tale-telling and propaganda.


According to him, “The lie that there was a clash between the governor and his deputy should be dismissed in its entirety. Whatever incident they allude to only exists in the imagination of the purveyors.

“There was indeed a meeting with key stakeholders of the Peoples Democratic Party (PDP), which ended with everyone in high spirit. There was a spirit of cordiality and everyone shared their ideas and inputs on how to deliver the party in the September 19 governorship election”.

Osagie advised the general public to disregard the falsehood and any other such tales the band of dishonest people would spin in the days ahead as the election draws near.

He urged Edo people to ensure that such fake rumour mongers are kept away from government by voting en-masse for Governor Obaseki and his Deputy, Rt. Hon. Comrade Philip Shaibu, in the September 19 governorship election. 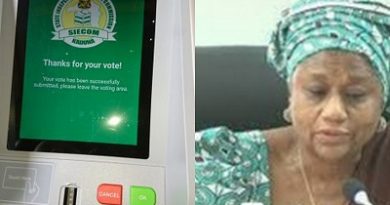