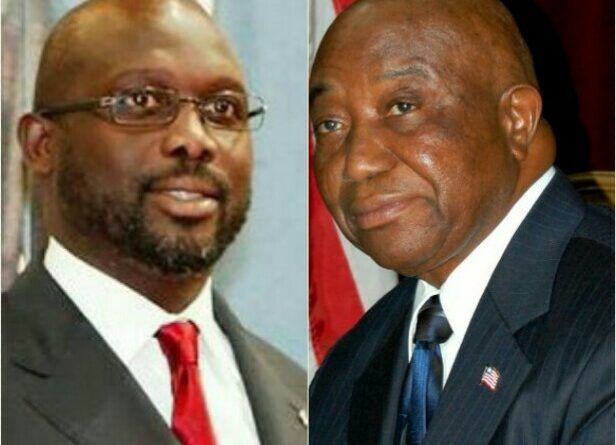 Liberia’s best known citizen globally for good today is George Oppong Weah, the country’s well-known football export who brought fame and fortune to his country at a time the West African country was at it’s lowest ebb during one of Africa’s worst Civil wars, easily seen as a war that brought unmitigated disaster upon the country, all for the love of blood diamonds.
George Weah easily became the face of African football when he won the African footballer of the year award and same year became the European footballer of the year as well as capping it up as the World Footballer of the Year, shortly before his retirement from active football, bringing global focus to the misery in his war torn country over twenty years ago.

With peace and democracy in his country, George Weah threw his jersey into his country’s political affairs but narrowly lost the presidential contest in a bitterly contested election against Mrs Ellen Johnson Sirleaf some fourteen years ago.

It’s another election this time and after winning the first round of the presidential election but without a clear majority, he joined Sirleaf’s deputy in a run-off on boxing day, December 26, 2017.

According to africanews.com, polls closed yesterday in Africa’s final presidential poll for 2017 as Liberians voted in a run-off to elect a successor to President Ellen Johnson Sirleaf.
Counting of the votes across the country continued immediately after close of polls. The elections body says it will announce a winner latest by Friday, December 29.
Elections chief, Jerome Korkoya in his first press conference after close of polls said the process was an improvement on the October 10 first round as processes they had put in place worked close to perfectly.

– Turnout was DOWN in the morning according to observers
– May have picked up in the afternoon
– Voting was peaceful
– Weah and Boakai both said they will respect the result
– AS LONG AS they don’t suspect fraud
— Jennifer O’Mahony (@jaomahony) December 26, 2017

December 26, 2017
Campaigns over, ballot boxes and other electoral materials deployed across Liberia, the National Elections Commission (NEC) says all is set for today’s crucial run off vote. On Christmas day, the NEC spokesperson confirmed that the body was done with over 95% nationwide deployment of materials.

Former soccer star George Weah faces Vice-President Joseph Boakai in the poll that was held up for several weeks by a court challenge filed by Charles Brumskine, the third place candidate in the first round.
Weah, 51, has a lot of support among the youth, and has called for change for the poor living in areas in the capital Monrovia. He won the first round but failed to secure the 50%+ needed hence today’s runoff. He will come up against the ruling party’s candidate and current vice-president Joseph Boakai in the race to succeed Ellen Johnson Sirleaf.
Sirleaf beat Weah in a 2006 runoff to emerge president and has been in charge for the last 12 years. This will be the country’s first democratic transition in its scarred history. It clearly is a case of Weah’s celebrity status and political maturity over the years against the technocratic and presidential experience of his opponent Boakai”.

Nigeria’s former president, Dr. Jonathan met with the two candidates in Liberia’s presidential poll yesterday, reports
The News Agency of Nigeria ahead of the run-off, urging the eventual loser to graciously accept the result, as there can only be one winner.
The former president spoke during separate meetings with the two contestants in the race, former FIFA World Football Player of the year, Mr. George Weah, and incumbent Vice President Joseph Boakai.

His media adviser, Mr Ikechukwu Eze, reported the meetings in a statement on Tuesday, December 26, 2017.

Weah of the opposition Coalition for Democratic Change (CDC), and Boakai of the ruling Unity Party (UP) are battling to succeed outgoing President Ellen Johnson-Sirleaf, whose constitutional two terms in office would end in January.

Jonathan met with both men alongside former President of Kosovo, Atifete Jahjaga; former Minister of Foreign Affairs of Ghana, Hanna Tetteh, and other NDI leaders, according to Eze.

Jonathan, who is co-leading the United States’ National Democratic Institute (NDI) International Elections Observation Mission to the country, made an appeal for peace and tranquility in the capital Monrovia as he called for a free and fair process in the Boxing Day polls.

Jonathan equally called on the National Electoral Commission, security agencies and other stakeholders to be conscientious in playing their role to ensure a “peaceful, inclusive and transparent electoral process’’.

“The economy of Liberia will benefit immensely from a positive and peaceful outcome, as a free and fair process would go a long way in reassuring investors that the country is now safe for lasting investment.

The former president noted that Nigeria and other West African nations played vital roles in stabilising the nation, urging Liberians not to do anything that could jeopardise the post-war peace in the land.

“Although both candidates pointed out some lapses in the preparations, especially with the issue of the voter register, they however agreed to accept the outcome of the results.

Speaking at the meeting, Weah reportedly said he was prepared to accept the outcome of the election, if the “election is free and fair”.

Jonathan and other NDI team members also met with the chairman of NEC, Mr Jerome Korkoya, during which he emphasised the need for a transparent, free and fair elections. 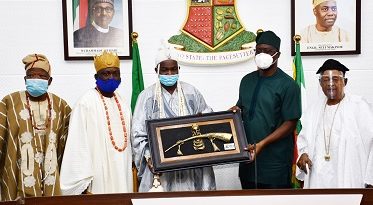 Makinde Pledges To Work For Yoruba Unity, Integration, As He Receives Yoruba Monarchs From Benin Republic 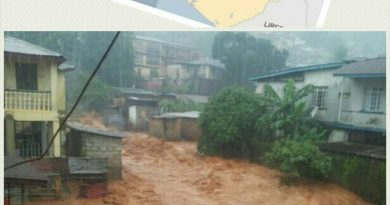 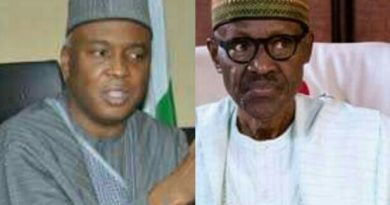 Saraki To Buhari : ‘Reset Our Economic Fundamentals So We Don’t Slide Back Into Recession’