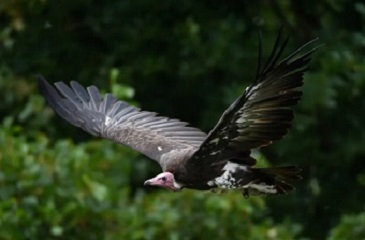 More than 2,000 critically endangered Hooded Vultures are reported to have died in Guinea-Bissau since 2019. They were deliberately poisoned with an agricultural pesticide. These killings are the largest incident of mass vulture deaths in the world. Dr Beckie Garbett explains why people are targeting the vultures and what must be done to stop it.

How big is the vulture population in the region?

There are six resident vulture species in West Africa: the Palm-nut Vulture, White-backed Vulture, Ruppell’s Vulture, Hooded Vulture, White-headed Vulture and Lappet-faced Vulture. All but the Palm-nut Vulture are either endangered or critically endangered due to populations being decimated by human activities, mainly poisoning. Some species have declined by as much as 97% in recent years. Some of the largest declines have occurred even within protected areas.

It’s not known exactly how many vultures there are in West Africa, but some countries are certainly regional strongholds, meaning that they hold a significant proportion of the entire species’ population. For example, Guinea-Bissau holds important global populations of Hooded and White-backed Vultures. Both are critically endangered species.

Why are vultures being poisoned in Guinea-Bissau and does it happen often?

The information we have has come from field teams, led by a national NGO – the Organisation for the Defence and Development of Wetlands in Guinea-Bissau. They report that over 2,000 vultures have died in the various incidents across Guinea-Bissau since 2019. Many of the dead vultures were beheaded, which suggests that the body parts were harvested for ‘medicinal’ or belief-based purposes.

In each case of poisoning, hundreds or thousands of vultures can be wiped out in one go. These recent incidents however are some of the worst I’ve seen.

What does it mean for the species as a whole in the region?

The poisoning incident in Guinea-Bissau represents a loss of around 5% of the estimated national population of Hooded Vultures, which represents 22% of the entire global population. Losses of this magnitude of a species already on the brink of extinction are unfathomable. It’s a huge setback for conservation efforts across Africa, and severely threatens the persistence of regional populations of this species.

Hooded Vultures aren’t the only species at risk in West Africa. Other endangered and critically endangered species such as Lappet-faced Vultures and White-backed Vultures are also regularly found in trade markets across the region.

Almost all African vulture species are in steep decline. To save them, poisoning for any purpose has to stop.

What can be done to put a stop to it?

There are a few steps that must be taken: raise awareness, involve the community and deal with the method of poisoning.

In Guinea-Bissau, BirdLife – a global partnership dedicated to the conservation of birds – is supporting the roll-out of an Emergency Action Plan in response to the recent poisoning incidents through a national partner organisation. This aims to gather circumstantial information and mortality data through social surveys. It will also raise awareness of the vulture killings and impacts of wildlife poisoning.

But there are only limited resources and Guinea-Bissau is politically unstable. This means that responsive actions are limited, but hopefully can be developed with additional support from NGOs such as BirdLife and other International Agencies.

For instance, in Nigeria, BirdLife is working with its national partner, the Nigerian Conservation Foundation, to address the same threat: belief-based use and illegal trade of vultures. They work with traditional healers’ associations, hunters and traders of wildlife products to advocate for the use of plant-based alternatives to vultures. They also support law enforcement agencies in dealing with illegal trade. This has proven to be a very successful approach. Getting buy-in from key people involved in the sourcing, sales and use of vultures and wildlife products in general is essential for making a meaningful and sustainable impact.

With regard to tackling the method of killing – poisoning – ongoing work by conservation NGOs, such as Nature Kenya (BirdLife Partner in Kenya), has established a model that can be rolled out into other areas. This involves creating anti-poisoning networks within local communities to rapidly detect and respond to poisoning incidents in poison hotspot areas. The response protocol streamlines responses from multiple stakeholders, as well as providing guidelines for preservation and collection of forensic evidence in order to facilitate identification of substances used in poisonings and aid apprehension and prosecution of offenders of wildlife crimes.

In addition to the protocol, in January 2019, the Kenyan government amended the 2013 Kenyan Wildlife Act to make wildlife poisoning a standalone crime punishable with a fine of about $50,000 or five years in prison.

In Kenya, vulture poisoning is being increasingly detected and mitigated because of this model. The Kenya Wildlife Service has officially mainstreamed the wildlife poisoning response protocol into its operations policy.

Addressing the complex threats to African vultures requires a multi-pronged approach that has integrated local-level actions at its core. 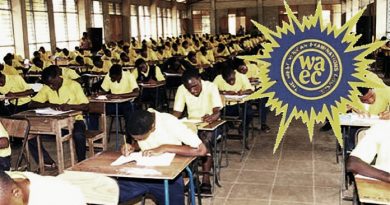