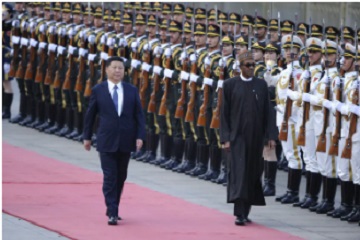 Racism against Nigerians – and other Africans – is not new in China. Africa-China history is marked by solidarity, but also dented by old and new racism. Nothing at this moment suggests that the current situation will drastically change.

Some recent events are low moments in the ever-oscillating relationship between China and Nigeria.

A video emerged on 10 April of a Nigerian diplomat in China, Razaq Lawal, publicly criticising his compatriots’ maltreatment in Guangzhou by Chinese officials. Lawal protested that Nigerians were kept in COVID-19 quarantine beyond the normal 14 days for Chinese citizens. Chinese officials were also seizing their passports. He pointed out that the Nigerian government did not treat Chinese citizens living in Nigeria any differently from its own citizens.

The video drew the ire of Nigerians and the Nigerian government. The speaker of Nigeria’s House of Representatives, Femi Gbajabiamila, demanded answers from the Chinese ambassador to Nigeria, Zhou Pingjian. At about the same time the Nigerian Medical Association was protesting a government decision to invite a Chinese medical team to assist in the fight against COVID-19.

Based on my research on relations between the two countries (especially in terms of labour relations) over the past decade, I believe that incidents like this may keep recurring. That’s despite the assertion by Nigeria’s foreign minister, Geoffrey Onyeama, that Nigeria would “take definitive steps against China”.

Official relations date back to February 1971, when Nigeria established diplomatic relations with China. But contact between ordinary Nigerians and Chinese predates the 1967-70 Biafran Civil War. Though some argue that China supported the Biafran forces against the Nigerian government, no post-war government in Nigeria has confirmed Beijing’s involvement.

Along with other African countries, Nigeria supported China as the genuine representative of the Chinese people in 1975. This led to the replacement of Taiwan at the United Nations. High-level bilateral visits followed, setting the stage for increased trade. Although accurate figures are difficult to find, Nigeria-China trade galloped from about $1.8 billion in 2003 to $13.5 billion in 2018.

As the relationship grew, more Nigerians established business and other relationships in China.

Coincidentally, a landmark incident that led to the death of a Nigerian happened in 2009 in Guangzhou, where Nigerians were recently maltreated. It led to protests by Nigerians and other Africans, “demanding justice from the Chinese police after officers chased the man out of a high-rise window in a tightening security crackdown on illegal over-stayers in the city this year”.

In 2012, there was another protest by Africans in Guangzhou over the death of a Nigerian in police detention.

It’s my view that Nigeria’s reluctance to call out Chinese actions over the years is the main reason why the status quo persists.

While publicly painting a picture of equality, China continues to dominate relations with Nigeria, as I observed in a 2015 paper co-authored with Bukola Ajayi. We see this in imbalanced trade, Nigeria’s growing dependence on China, and China’s growing importance in Africa. We also drew attention to the issue of counterfeit, adulterated and sub-standard drugs and other products imported from China into Nigeria.

Back then, I commented on Chinese labour relations in Nigeria and the challenges of fostering the International Labour Organisation’s decent work agenda. My paper pointed to the weakness of the Nigerian government to respond to the maltreatment of its citizens by Chinese companies. I argued that this created a space for both civil and uncivil responses by non-state actors.

In April 2020 – five years later – we witnessed another report of maltreatment.

The second reason is due to Chinese investment in Nigeria.

A good number of Chinese multinationals and small companies operate in Nigeria. Chinese companies in Nigeria are building much needed roads and railways, airports, and telecommunications infrastructure. There are currently about 218 registered Chinese firms in Nigeria. They are involved in construction, furniture, food and beverages, beauty, and product assembling plants, among others.

Meanwhile, Nigeria’s trade deficit against China remains huge. Between 2015 and 2018, for instance, the trade deficit stood at N6.83 trillion (which exchanges for about $17.5 billion today) in favour of China. This affirms that China benefits more at the moment. Though accurate data remains difficult to get, it is estimated that total trade between both countries between 2015 and 2018 was about $49 billion. This means that goods imported from China into Nigeria in that period were about $17.5 billion more than those exported from Nigeria to China. In any case, a significant amount of Nigeria’s export to China is a primary product: crude oil.

With the crash in the crude oil price and a global economic downturn caused by the new coronavirus, Nigeria needs Chinese investment and loans now more than ever.

China is a major financier of large projects in Nigeria. These include the $874 million, 187km Abuja-Kaduna rail; the $1.2 billion, 312km Lagos-Ibadan expressway; the $1.1 billion Kano-Kaduna railway lines and the $600 airport terminals in Abuja, Lagos, Port Harcourt and Kano.

An estimate puts the current cost of Chinese projects at $47 billion. Many of these are financed by Chinese loans. It will be difficult for a country that relies so much on China to take action against Beijing.

With the poor labour standards in China itself and institutions’ weakness in Nigeria to check periodic abuses of Nigerians by Chinese companies, the chances seem low that Nigerian politicians and government will – or can – seriously respond to Nigerians’ maltreatment in China.

The latest treatment of Nigerians in China is a dent on Nigeria-China relations. But if relations are to make progress, at least two important issues must be addressed. First, the Chinese government must do more to educate its people, making ordinary Chinese sensitive to issues of racism.

Second, Chinese citizens in China must understand that their actions could have implications for their compatriots in Africa. This could affect China’s long-term relevance in Africa as a partner.

But these issues concern not just ordinary Chinese citizens. Racism may be a symptom of much bigger problems for the Chinese government. This could be an opportunity for the Xi Jinping government to learn, and more importantly act. 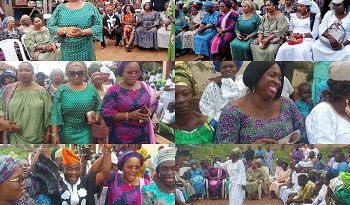