“Even the obstacles on my way, I predict them before those that will bring them will start to think about them. I plan for betrayal, I plan for backstabbing, I also plan for reunion & forgiveness long before they happen. I expect nothing, I expect anything, I expect everything” – Asiwaju Bola Ahmed Tinubu.

You know very well that I have always liked and respected you. You will also recall that a few years ago I warned you that everything that is being done to you today would eventually be done to you given the choices you made at the time.


I bear you no malice or ill-will but in view of what is happening in your political party and given the fact that your good friend, co-conspirator and collaborator, President Muhammadu Buhari, has finally thrown you under the bus and dumped you, I am constrained to write the following.


The bitter truth is that you predicted NOTHING and you saw NOTHING. The only thing you saw were your own vain delusions and insatiable greed and the only thing you felt and that moved you was your blind ambition.

You sold your body, spirit and soul to the enemy and betrayed your people even though we warned you over and over again that those you were dining with were far smarter and far more astute than you.

Yet even though all the signs were there you dismissed our concerns, vilified us, treated us with contempt, demonized us and sought to destroy us.


Simply put you betrayed and sold EVERYTHING and EVERYONE in Nigeria just to feed and satisfy your psychotic obsession and compulsive ambition.

Like Icarus the Greek, you flew too high and too close to the sun with your wax wings, puffed up and fuelled by your hubris and pride and now you shall meet your nemesis. The spiritual wound that has been inflicted on you is irreversible and terminal and there is no going back.


The dark clouds that lie ahead of you are thick, ugly, frightful, violent and impassable: you cannot make it through them safely or survive them. Your enemies have dug a pit for you and you have already fallen into it.

They have finally stripped you naked, grabbed you by your balls and taken everything from you.


You have lost your mystique, honor, glory, self-respect, following, clout, pride, reputation and so much more. You have also lost control of the political party that you conceived, formed, nurtured and built. The APC was your baby and now they have taken it from you and are set to kill it.

They fooled you, used you, dumped you and humiliated you and now they are going to expose you, rubbish you, malign you, break you, crucify you, investigate you and utterly crush you.

In all your plans what you failed to appreciate is that God alone rules in the affairs of men. You refused to acknowledge or accept the fact that the Presidency of Nigeria can only be given by God and He gives it to whom He deems fit by prophecy and divine decree.

It is not about money and power and if it were Olusegun Obasanjo, Umaru Yar’adua, Goodluck Jonathan and Muhammadu Buhari, who had neither of the two before being respectively elected as President, would never have made it.

It is about God and God alone. It is for Him alone to give. It is about His purpose, His will, His counsel, His plan and His glory.

He OWNS the Presidency and the minute any man or woman attempts to usurp His role and think that he or she can buy it or manoeuvre his or her way into it by the usage of political intrigues, guile, sagacity, wisdom, power, knowledge, money or anything else, the Lord disqualifies and rejects him.

Such a person will fail woefully and may even end up losing everything he or she values and cherishes in his futile quest.


God will never share His glory with anyone and He will never support a man or woman that is prepared to mislead, betray and sell his own people down the river just to satisfy his vaulting and insatiable ambition of becoming President.


Yet the signs were there but you refused to acknowledge or accept them.


They refused to give you a formal position in the National Executive. They ensured that some of your key loyalists in the South West turned against you and opposed you.

They refused to accept even ONE of your Ministerial nominees both in 2015 and 2019. They humiliated your protegee who you nominated as Vice President and turned him into a pliant and pathetic little errand boy with no testicular fortitude or shame.


They drove your nominee at FIRS out of office unceremoniously and have placed him under criminal investigation.


They have divided the ranks of your loyalists and turned even your hitherto most trusted lieutenants against you.


They insulted, undermined, marginalised you openly and worse of all they made it clear to you privately that they would NEVER give you power.


All this meant nothing to you and you shamelessly continued to support their evil ways and toe their satanic and murderous line.


For the last five years our nation and people have suffered because of the calamitous choices that you made and the inexplicable and unconciable alliances that you forged.

You propped up and supported a ruthless, heartless, corrupt, bloodthirsty and cruel regime and tyrant and a President that is clearly beside himself and whose mental and physical faculties reside in another realm and in another world.


Consequently our nation has been utterly and completely destroyed, our economy ruined and our people decimated.


They have been slaughtered, butchered, pauperised, emasculated, humiliated, marginalised, insulted and impoverished.


Hundreds of thousands of them have been murdered in cold blood in their homes, towns, villages and farms and millions have been displaced.


Millions more have been ruined and economically destroyed whilst our country remains weak, divided and the butt of cruel jokes all over the world.

Because of your choices Nigerians are being subjected to persecution, physically attacked, enslaved, humiliated, lynched, scorned, maimed, killed, disgraced, evicted and declared persona non grata both at home and in distant foreign lands whilst our foreign Embassies are being demolished by miscreants and local criminals even in supposedly friendly countries.

I sincerely hope that one day you will reflect on all this and consider the damage you have done to your kinsmen and compatriots.

Whether you do or not is left to you but one thing that is clear: for the choices you have made, for all you have done and for the sheer wickedness and greed that resides in your insensitive and dark heart you will pay a heavy price both in this world and in the world to come and the Lord will hand you over to your political enemies.


Permit me to conclude by quoting the instructive words of a tweet that I posted just yesterday after I heard about the latest developments in your party. I wrote,

“First Oshiomole is kicked out by the Court of Appeal. Then his preferred replacement, Ajimobi, falls into a coma. Then his arch rival, Giadom, is recognised by Buhari as National Chairman.


Conclusion: it is over for Tinubu. He has been thrown under the bus and retired from politics!”

I stand by those words. Happy retirement my dearest Jagaban: may you live long to see the glory of our country restored and the damage that you have done to our people repaired. Shalom. 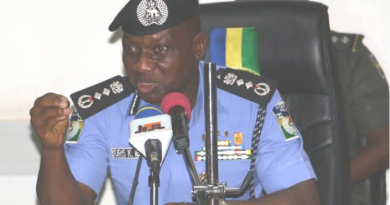 As Shehu Shagari Passes On, What Would Buhari’s Eulogy Be At His Graveside ? 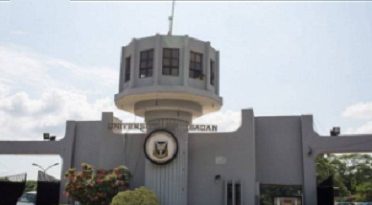 Ibadan University 2019 Lecture: How Prof Umukoro Rose To The Grandeur Of The Occasion, Poignantly Speaking Truth To Power