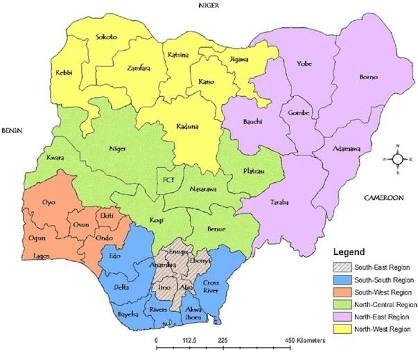 Former Director General of the National Policy and Strategic Studies, NIPSS- Kuru, Dr. Yakubu Sankey has observed that Nigeria has by and large failed in its quest for peace, unity and progress due to bad leadership.

Dr. Yakubu Sankey who disclosed this at the weekend while presenting a keynote address at the Peace Golden Heroes Award and Reception of outstanding peace mediators held at Eliel Event Centre, Gold and base in Jos, attributed the failure to a defective foundation upon which the Nigerian state rest.

Speaking on the topic, “a need for action to achieve sustainable Peace, Unity and progress in Plateau state and Nigeria, reveals that because the self government arrangements of the 1950s created senior and Junior partners among the federating parts.
” Rather than rectify this fundamental structural defect, successive governments and the ruling elite have not only solidified it, but strengthened it by employing legal, administrative, electoral, security, fiscal, economic and power sharing arrangements so as to retain control and exclude others. 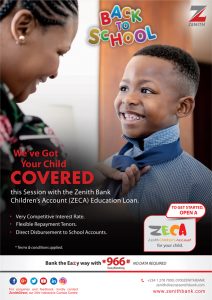 “This has fuelled secessionists trend, calls for restructuring, weakened unity, jeopardised peace and hampered development.
” Presently and in spite of a devastating civil war, irredentism and militancy in the Niger Delta; insurgencies in the North-east, open criminality and impunity in the North-west, and central Nigeria; separatist trends in the South-east and strident calls for restructuring in the South-West, our insular leaders now and overtime have, for lack of courage and foresight failed to step-up to the plate with solutions.
” There is therefore an urgent need for the transformation of our political, economic spaces into one shared “common space” within which all voices are heard, and everyone’s interest finds expression, protection and promotion; otherwise Nigeria may soon be heading for disintegration like the former Yugoslavia”.

He added that the prerequisites for Peace, Unity and Progress such as high quality education and health facilities, efficient and functioning infrastructure, security and justice, food, shelter and clean environment, inclusion and participation, rule of law, fair income distribution, etc are solely lacking in Nigeria and Plateau State.

” These conditions do not happen by accident, they are carefully thought through and put in place through research and its application to politics and governance.
“Leading world economies and military and technological powers owe their strengths to the enthronement of intellectual rigor, meritocracy, and the application of outcomes of critical thought, research and analysis to governance. They have the best and highest number of Think Tanks, but above all, they have forged & sustained organic link between the Think Tanks, government and industry in terms of policy input, policy making and implementation and the identiücation, recruitment and training of potential leaders in all fields using well funded elite schools and institutions. Nigeria need to emulate this to succeed”.

In his welcome address, Chairman of the organizing committee, Hon. Baba Akawu, said the 2019 Awards Reception was conceived with strong belief that Plateau State and Nigeria as a whole need to work for the attainment, sustenance and enforcement of lasting peace, unity and progress.

According to him, “Many of you seated here and others who have passed on, are among those whom will shortly be recognised and honoured with awards for contributing to Plateau’s Peace, Unity and Progress. You all richly deserve the honour to be bestowed on you and we hope that it will have the effect of spurring you on to further contribute to more sustainable Peace, Unity and Progress on the Plateau.

“Plateau State and in particular Jos and environs, are recovering from almost two decades of widespread communal conflicts. In the course of these conflicts, massive dislocation and destruction have been caused across many communities. 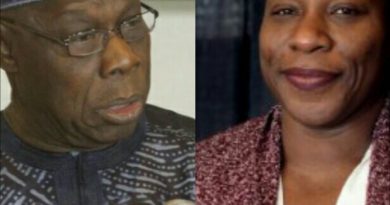 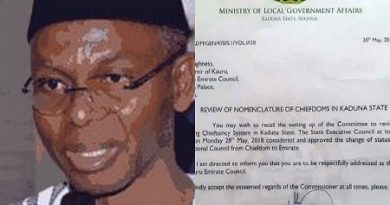 El Rufai Review: Kaduna State Where There Are No More Chiefs Except Emirs 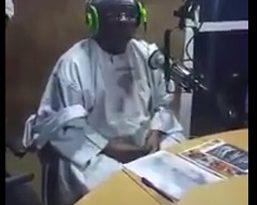 Strict Enforcement Of Environmental Sanitation To Begin In Oyo State