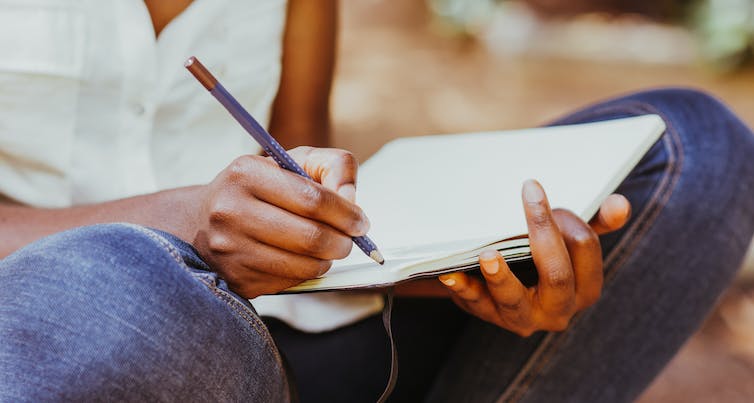 Getting into an Australian university is hard enough for many African refugees, completing their degree is even harder.
Shutterstock/Mangostar

In the past 30 years, Australia has settled thousands of African refugees. But many arrived here at a young age and with low educational attainment. That presents challenges in trying to encourage more to participate in higher education.

High educational attainment is an important factor for employment and social integration of refugee youth.

Yet only about 10% of young people from the main countries of origin of African refugees go to university within five years of arrival. That trend has not changed much in the past 25 years.

For those who do enter higher education, completion is a serious challenge. In the past 17 years, only one in five African refugee students completed their undergraduate course.

Read more:
Better pay and more challenge: here’s how to get our top students to become teachers


Nationally, just under half (46%) of domestic students who commenced undergraduate university courses in 2009 completed their degrees in four years. When the cohort length increases to nine years, the completion rate is three quaters (74%) of students.

The challenge for young refugees

So given only a small portion of young African refugees go to university here, and very few of those successfully completed their degrees, what are the factors underpinning this predicament?

Many African refugees arrived in Australia with interrupted educational experiences. They may have endured the trauma of war, violence and family separation. These negative effects of forced displacement can inhibit them from taking full advantage of educational opportunities.

In the early stage of their settlement, young African refugees faced informational barriers in relation to available educational options and accessing financial support. In exploring pathways to university, they have a limited social network to rely on.

As a result of the combined effects of the above issues, young refugees often get low school results, so many fail to meet entrance requirements of most universities. Institutions that attract low-ATAR students may not have sufficient resources to run effective enabling programs such as courses for academic skills development.

But career educators in selected secondary schools in Melbourne have told me there often exists a significant gap between what parents want and what students are able to achieve.

Read more:
If you have a low ATAR, you could earn more doing a VET course than a uni degree – if you’re a man

What can be done to improve things?

Equity practitioners in schools and universities are aware that enabling programs that benefit refugee students are resource-intensive. For educational institutions to secure the necessary resources, the issue needs first to be recognised at a policy level by governments.

Early intervention is critical. Such intervention can be in the form of expanding tailored educational opportunities at the settlement stage. These may include intensive lessons on academic skills, information on alternative pathways to university, and supplementary academic support within schools.

This sort of depiction distorts public perception of people of African origin. And it reinforces racial bias in the community. Research shows that experiences of racial discrimination results in academic disengagement.

Why we need more African refugees in higher education

There are economic and social reasons for governments to promote higher education participation of refugee-background Africans.

Widening their participation in higher education can boost human capital and productivity for the nation. A recent report from the Organisation for Economic Cooperation and Development shows that in Australia the key driver of youth unemployment is low educational attainment.

In 2016, the unemployment rate of people from the main countries of origin of African refugees was as high as 22.4%. This is over three times higher than the national average (6.9%).

The group also had low access to professional occupations (22%), compared with 49% for the general population.

A lack of knowledge and skills means not only poor employment prospects but also high youth disengagement. The youth incarceration rate is disproportionately high among African communities.


In 2017, young people of African background accounted for 19% of the total population in youth justice in Victoria. Yet in 2016, Africans accounted for only 1.5% of the state’s population.

As the Australian Human Rights Commission cautions, structural barriers may leave African communities on the margins of society. In a fair society such as Australia, lasting marginal existence of any group is detrimental. It undermines economic prosperity, democratic order, and social cohesion.

Improved higher education attainment does not just boost the employability and income of African refugee youth, it also equips them with the necessary skills and confidence to meaningfully engage in the political and cultural spheres of life.