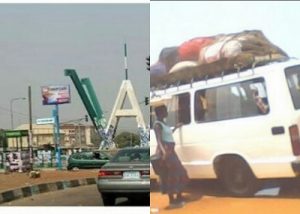 The very thought of alighting from what Nigerians call a “One chance vehicle” only to board another is creeping enough. Without a shadow of doubt, the 2015 general election which threw up Malam Nasiru El Rufai amounted to boarding a “One chance vehicle”. When a passenger is unlucky to board such a vehicle, the whole journey is in peril. You as a passenger is either in the hands of bandits or trickster who usually will pretend to be passengers themselves. The vehicle conductor will usually keep announcing ,one chance , one chance etc and an unsuspecting passenger will normally head towards such a vehicle believing that he or she is the remaining passenger for the vehicle to start the journey.

The domain of politics is like the motor park given the manner business is conducted. Just as in the motor park, politicians will almost break one’s ear drums with promises of what they will do for the people when voted to power but the moment the results are released and their victory announced, off they go and you may never see them again until another election is around the corner then the same old promises will be played back and “My people” as late Fela Anikulapo Kuti used to call the people, will be duped again.

There is no case as strange as that of the Member representing Chukun/Kajuru in the Green Chamber who keeps being returned to that position by the hapless electorate from the area when there is practically no evidence this character is representing anybody. For almost 20 years at a stretch this man has been returning to the House of Representatives. This time also, he has secured the ticket once more to return. Before the primaries, I heard many people from this constituency claim that they were not going to let him return. The magic wand is simply Money, the moment you can spread it around, even Lucifer will win by a landslide from the perspective of politics in Nigeria.

That is what poverty has done to the people, they are so impoverished that they are ready to trade away their conscience for a few coins. The only time the people appear to have a value is when elections are around the corner. It has just come to light that those who were shouting that this time around No Shaking as he is called will be shaken to his very foundation all collapsed like a house of cards when as much as N 100,000 or more was on offer to the delegates and in few cases a few cars, motor/tricycles. They quickly snatched up the cash which many of them may never have seen in their miserable lives. I had thought that the people of this Federal constituency will demand that their representative accounts to them for all Constituency projects which ought to have been executed in the constituency. They have sold out and so cannot expect anything from this Member if he wins in the general election. The man has rather than help in developing his people has concentrated in developing himself at the expense of his own people.
No Shaking is not alone in deploying money to buy up delegates and eventually votes there are many like him in all the States.

I did think and wondered why this man cannot take a shot at the Senatorial seat for Kaduna Central for all this while. For the people of Chukun and Kajuru Federal constituency, they prefer the ” One chance vehicle” to any other which perhaps is why Kajuru LGA is the most backward in the State.

Away from Chukun and Kajuru Federal constituency, let’s examine Kaduna State as yet another quintessential “One chance vehicle”. The Buhari storm of 2015 deposited Malam Nasiru El Rufai on the shores of Kaduna State and since then, it has been borrowing again from Fela, tears, sorrow and blood for the population of the State. The excellent campaign manifesto, “Let’s Make Kaduna State Great Again ” easily could have hypnotized any passionate denizen of the State and we are all victims of this hypnotism.

The Malam who we all believed was a democrat quickly transmuted into a dictator inflicting pain and hardship on everyone. If there is anything this man has achieved at all, it is the systematic destruction of Kaduna State. Here was a State with one of the best Civil Service in this country but the dictator in Malam Nasiru El Rufai has changed all that. What he is sure to leave behind is a frustrated and demoralized Civil Service. This man like an irate tractor driver simply and recklessly has ploughed through the State Civil Service planting nothing but leaving behind a trail of destruction.

Out of deep frustration, it was reported that the victims of El Rufai’s unending retrenchment exercises went to court to demand that their dues be paid to them. Sadly and tragically so, many of those either sacked or retrenched have departed this sinful world without their dues paid. To continue to focus on the consequences of El Rufai’s dictatorship will be a complete waste of valuable time as the list of his atrocities against the people of Kaduna is as long as any arm.

Giving the atrocious experience we have and are still going through under El Rufai’s 21st Century dictatorship, another election year is around the corner and we are all agreed that we must together democratically terminate El Rufai’s dictatorship and he knows this to be true as it cannot be negotiated. In our quest for a suitable replacement, we must be very careful that we do not democratically sack the dictator only to replace the dictatorship with an incompetent person. This is what I mean by alighting from a “One chance vehicle” only to be passengers in yet another. The situation in Kaduna State in all aspects of life is as bad as bad can possibly be. Kaduna State is deserving of a competent and dedicated leader and not an “arranged” or makeshift individual. The road to achieving this is very rough and bumpy. Our State has had the misfortune of being dictated to by a group of political dinosaurs whose main preoccupation is the systematic manipulation of the political space in the effort to feather their nests. These are the real enemies of the people of Kaduna State.

We cannot afford to make any mistake in our choice of who replaces the dictator as this will be a catastrophic blunder. Our people must know that the moment we make a mistake about who takes over from the dictator, we would have boarded another “One chance vehicle”. The dictatorship will not even bother to campaign for ‘re-election as they will simply fold their arms and wait for us to vote for the wrong man and they head to court with incontrovertible proof that the governor elect is tainted and therefore unfit to be governor. This is almost like a doomsday prophecy which could well come to pass. ‘let us shine our eyes’, as a common Nigerian warning says.Do not say that you were not warned. 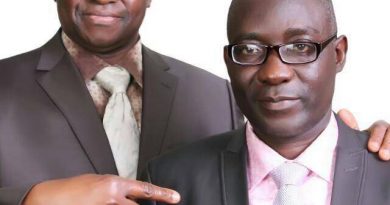 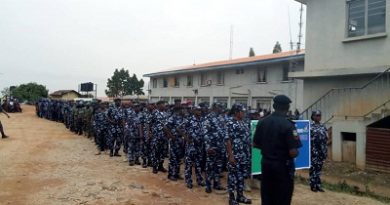 Scapegoating The Military, Police And Community Leaders Over Insecurity In Nigeria 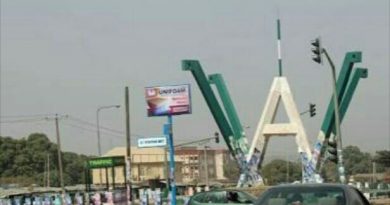 A WAR AGAINST EVERYONE ELSE IN KADUNA