Prince Ojukwu, a former Assistant National Secretary, and South East Zonal Secretary of APGA said that Governor Obiano created a lot of enemies for himself that are fighting his re-election for a second term in office.
His intention to contest is to personally make sure that Governor Obiano did not get a single vote from his town, Awka-Etiti.
He said, “The second tenure of Governor Obiano is very impossible, just look at those fighting him and ask yourself what went wrong. Mr. Peter Obi made him governor, but today they are not in good terms, Mr. Oseloka Obaze was his SSG and later resigned, claiming that the government was inept”.
“Dr. Elo Aforka was a special adviser attached to the deputy governor’s office; he resigned claiming he saw things he did not like and even declared intention sometime early in the year to contest for the governorship of the state.
“Chief Martin Agbaso was the Chairman 2013 APGA Election Committee that conducted the primaries which brought in Obiano into office, today he a factional national chairman of APGA that is fighting Obiano.
“My brother from Awka Etiti, Chief Joe Martin Uzodike was the director general Obiano Campaign Organization and special adviser on political matters to Governor Obiano; he resigned claiming that he was told by his government to attack his predecessor Mr. Obi. Today he is heading a campaign group that wants Obiano out of office.
“Senator Alphonsus Igbeke once worked for Obiano, as a matter of fact was seen as godfather to the Governor before he assumed office as Governor of the state, and was between 2014 and 2015 the Ambassador Extraordinary to the Governor, today he does not go near the Government House or seen in any of the Governors activities in the state.”

Angus Chuma Ojukwu is a prince of the Awka Etiti Kingdom in Anambra State. 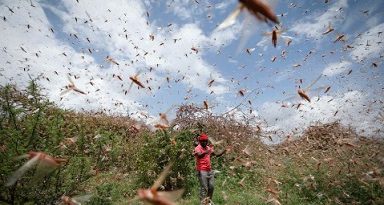 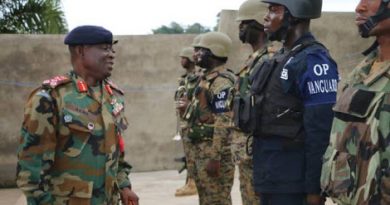