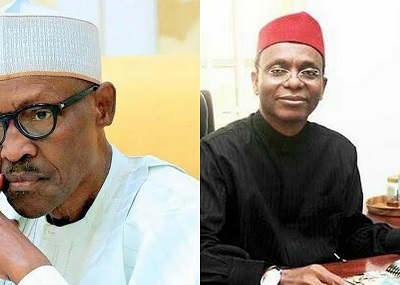 Let us start by agreeing that you cannot give what you do not have. Governance or if you will, leadership in any capacity is very serious business in climes where targets are set and output periodically assessed but in Nigeria, “anything goes” , as a former top Nigerian Army General was once quoted as having said.

In nations where there are standards, anyone aspiring for leadership roles particularly in politics is rigorously checked and doubled checked to ascertain their preparedness and capacity to lead. There are no boundaries in scrutinizing the educational, moral, health ( particularly mental ) capacity or status for such candidates.
If for example medical records show that there has been a case or cases of mental illnesses running in a family, the likelihood of any candidate from such a family becoming a victim at some point in the future is a real possibility. Similarly, if there is evidence of moral ineptitude running in a family, it could reasonably be concluded that a society, any society for that matter could be having a problem on their hands should anyone from such a family ascends to positions of leadership.
People in the medical profession as well as psychologists know this subject matter better. Such checks and counter checks give credence to the dictum, ” A stitch in time saves nine ” .

Not so in Nigeria, where as the former Army General concluded ” Anything goes “.
In this country what matters first is who you are, quickly followed by what family you are from and on to what faith a candidate professes.
Put together or individually these negative values have stunted our growth as a country. This nation has not had truly great leaders as one conspiracy or another have conflated to deny us leadership that is well articulated and focused. To continue putting the blame for our inability to grow this potentially great nation at the doorsteps of the former colonial masters more than 50 years after they have been gone is to miss the point.

This is the central theme in Martin Meredith’s epic, “The State of Africa” .
For all the economic plunder, the poor developmental policies of the former colonial masters, Meredith is saying that after more than 50 years after independence for most African countries we must now blame only ourselves for the inability to get it right. We have largely been unable to add even if little value to what the exploiting colonialist left behind. This post is not about the plight of Africa as a continent but about leadership issues in Nigeria.

To get any country or organization to make progress, the leadership or management of such must stamp their authority over the country or organization. At independence in this country there was no master plan for building a truly great nation as the leaders then were more concerned with what was happening in the ethnic cocoons to which they retreated.
History books tell us that Chief Obafemi Awolowo had great ideas but never had the opportunity to execute this at the national level. When the Military adventurist came marching, it did appear they were fired by patriotism but even before it settled down to the leadership role they wrestled from the civilians, cracks had begun to appear in their armour. Had Gen Yakubu Gowon stamped his authority over the governors and government by extension perhaps the Gen Murtala Mohammed ‘s junta would have been unnecessary.

For the first time during the Murtala Mohammed’s regime, Nigeria as an engine was firing on all its cylinders to the extent that Africa and the rest of the world momentarily stood in awe. Had the life of that regime not been violently terminated, perhaps this country could have made progress. Eventually leadership of this country passed on to a not too ready and willing Gen Olusegun Obasanjo who quickly rushed the first transition to civilian rule programme which some critics particularly from his ethnic enclave have continued to say was flawed in all respects.

The next bunch of military adventurists was generally referred to as the Tunde Idiagbon regime even when he was only Second In Command to General Muhammadu Buhari. There was not a single Nigerian alive at that time who was not proud to be Nigerian both at home and abroad in the light of the path to growth that they had programmed to pursue then tragedy struck, foisting yet another gang of men in jackboots who where only after pecuniary benefits and their personal glamour. In the end after corruption had taken hold, firmly these guys retreated under the cover of darkness from the political scene.

The Ernest Shonekan contraption did not last as it was designed to be only a stopgap in the power equation. The Abacha junta made all the difference in leadership at that very difficult period when the international community made a pariah out of Nigeria but the regime held firm. Nigeria’s profile was high for the simple reason that there was firmness, drive and a sense of purpose. The sudden death of the dark goggled one eventually led this nation to a cemetery of sort where a former Head of State had sojourned. He was quickly exhumed, cleaned up and installed as a democratic leader. As the nation had a naive National Assembly, this former military leader almost turned the political space into a military garrison unchallenged. His inordinate ambition to overstay his tenure fell flat on its face

Just before leaving the stage he had arranged to foist a weak leader who in any case was handicapped by health problems. He did what he had to do so he could continue to manipulate governance from retirement. While they continued paying lip service to growing strong institutions, they busied themselves building STRONG MEN out of themselves.

We that struggled to install the government at the national level and in my State Kaduna, are thoroughly disappointed to the point of frustration. Had the majority of our country men/women foreseen that this is what will come to pass by way of the style of leadership I’m sure many would not have voted the way they did. There is from my assessment, no controls at the highest level of governance which is why ministers and governors are acting and behaving anyway they wish.
In my Kaduna State we have an Emperor instead of a democratically elected governor. This character of a governor has technically destroyed the governing APC in the State for his personal interest. His main focus is doing battle with members of the internal opposition and by extension the entire population of Kaduna State. Whilst all of this is happening there is no one uttering even if a word of caution.

There are by my assessment, many ministers who should for long have been sent on retirement for non performance. Some have so profaned both the Party and government that they have no business being part of this government. Our nation has been passing through the roughest period since the Nigerian Civil war. Our people are being hunted and slaughtered in the hundreds by Fulani terrorists and jihadists. In all of these there has been no formal public condemnation of the attacks by government at the highest level. The official response has been to mask the unfolding genocide as farmers/herders conflict.
The question to ask is on whose authority are the killer terrorists/jihadists operating freely in this country?
If herders must herd their cattle must they do so on people’s farms? If there is no secret agenda underway, why are the terrorist/jihadists focused on supplanting from their ancestral lands the communities under attack?

In saner climes there is what is called midterm assessment which could inform a cabinet rejig but this is not part of the philosophy of this government. Recall that President Obasanjo had the courage to dismiss some ministers in his government for corruption.
Even President Yar Adua had to wield the big stick to stamp his authority on the government and country.

The current government is just like those ricketty public busses called ‘Molue’ mainly in Lagos that are almost always overloaded with few standing and many others hanging outside. Once in or on the bus, you are on your own because neither the driver nor the conductor can help once you have paid the bus fare.

There is therefore no capacity in the government to effect any people oriented change in this country.
If the most basic standard for measuring the performance of a government is its ability to secure and provide welfare for the population am afraid that this government has a BARELY AVERAGE grading.

For those still hollering ‘SAI BABA’, a rethink is advised and for the likes of the Emperor of Kaduna, there cannot be any more hiding under or behind the name of BUHARI. We are going to ensure that no hand is raised too early in the game as happened prior thus foisting this governor turned dictator on the hapless population of Kaduna State. For the Baba himself please beware of those shouting your ululations particularly those hoping to hang on your supposed character for election benefits.
Please, President Buhari, stamp your authority on your government as you may still save your reputation. I wish the President and government well. 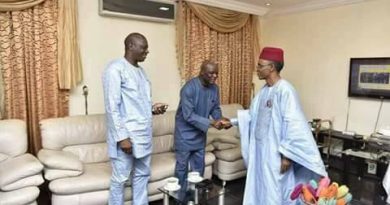 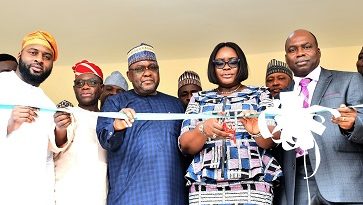