Despite the furore and angry reactions that trailed the postponement of the Nigerian polls now rescheduled for February 23, 2019, a presidential candidate of the People’s Trust (PT), Mr. Gbenga Olawepo-Hashim has called for yet, another postponement and has written to the Chairman of the Independent National Electoral Commission (INEC), Professor Mahmoud Yakubu, requesting a further extension of the Presidential and National Assembly.

Olawepo-Hashim, who is also the candidate of the Third Force Movement, said in the letter to the INEC chairman that another extension was reasonable in view of the logistics burden on the contestants and the parties.

Political analysts who have been taken by surprise are not quite sure whether he is being sincere, or simply playing a script on behalf of a subterranean group because many Nigerians tired of the uncertainty, quickly want to get the elections over and done with, as soon as possible.

He said that the candidates and the parties would now have to repeat logistics preparations that have hitherto been deployed and truncated ahead of the postponed election on February 16.

He said: “It is my considered opinion that in the haste to stick to a quickly announced date for the election, the Commission may not have paid adequate attention to the attendant voter apathy that may result if adequate confidence building measures are not implemented to win back ‘would-be’ voters for the next date of polling.”

Olawepo-Hashim stated that as a result of a potential voters’ apathy in some sections of the country or all of the country, the Commission must consider a further extension.

“A new date of election should be between three to four weeks from February 16 not one week from February 16 as previously announced. This is more so for self-funded candidates and political parties who do not have the possibilities or intentions of falling quickly on the State treasuries to refinance another logistic deployment,” he said.

He further noted that campaigning should also resume unhindered in consonance with extant legislation that allow campaign to continue up till 24 hours before elections, in order to achieve the same level of mobilisation of voters as before February 16th.

In the letter, which was also copied to the United Nations representatives, Observer Missions, civil society groups, the diplomatic community and the media, Olawepo-Hashim, stated that “the Commission should liaise with the National Orientation Agency (NOA), who should use their national networks to ensure mobilisation of communities, social and interest groups to reach potential voters in order to avoid voter apathy at the next date of election.

It cost millions of dollars of people’s money to sponsor foreign Electoral Observers into the country in the midst of many other commitments, and to keep postponing elections for what INEC gas spent at least three years to prepare for portrays Nigeria as a very unserious country. The whole world is not just akimbo, patiently waiting for Nigeria only. If INEC could not get it right after more than three years of preparation, how many more weeks would they need to perfect it when the constitution is specific on when a handover has to occur after giving room for litigations and resolutions. 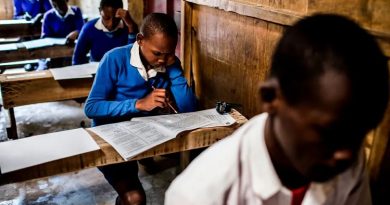 How To Keep Kenyan Children In School Longer: It’s Not Only About Money

Obaseki’s Reforms: Edo Modular Refinery Applies To NNPC For Crude Supply In The Phase One Development Of The Facility 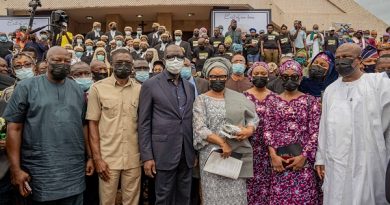 Obaseki, Shaibu Pay Last Respect To Odubela For His Contribution To Devt Of Judiciary, Democracy