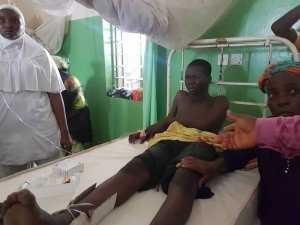 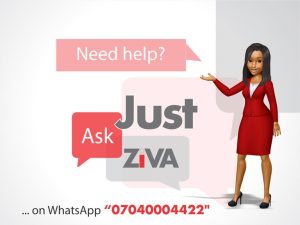 The world often wonders why it is always the story of gloom, doom and death that hits the globe from Nigeria these days, whereas that is not the entire story of the biggest African nation.
But then, why are they so obsessed with imported religious violence and hatred against one another ?

The Inspector General of Police M.A Adamu has ordered a speedy and comprehensive investigation into the tragic accident on Sunday in Gombe, when the driver of a bus rammed into a procession of Easter revellers in Gombe State.

The accident occurred along Gombe-Biu road.

Witness accounts, according to the police revealed that the accident occurred after the driver lost control of the vehicle at Unguwan waja and rammed into a crowd evidently celebrating Easter. Many still say that there was an earlier altercation between the driver and the Boys Brigade who came back before the accident happened.

Thirty people were said to have been injured according to a News Agency of Nigeria report.

“With assistance of the policemen from Gombe Division, the victims were immediately rushed to Gombe Specialist Hospital where the driver, one Corp Assistant Adamu Abdullahi, a staff of Nigeria Security and Civil Defence Corps (NSCDC) attached to Government House Gombe and 10 others were confirmed dead and their bodies deposited at the morgue while thirty 30 other persons injured are currently receiving treatment”, the police spokesman, Frank Mba said.

Gombe Commissioner of Police visited the scene of the accident to have an on -the-spot assessment. He also visited the hospital to monitor the treatment of the victims.

I’m deeply saddened over the death of Nine Boys Brigade members and one other person at Alheri Junction, Biu Road Gombe. My thoughts and prayers are with the families of the deceased. I assure everyone that we have taken all necessary measures in ensuring that justice is done.

The IGP, while condoling the families and friends of the dead and the injured victim, has advised motorists to exercise utmost caution by obeying all traffic signs, rules and regulations while driving especially this festive period and beyond.

As tension rises, the leadership of the Christian Association (CAN) in the Northeast has appealed to Christians in Gombe State to remain calm. .

The Gombe State Deputy Governor, Charles Iliya, who was accompanied by the state CAN Chairman, Reverend Ibrahim Joda, as well as the Northeast CAN chairman, Reverend Abare Kalla, also appealed for calm as he assured that government will get to the root of the unfortunate incident.

The Deputy Governor who spoke amidst boos and jeers from angry youths said he was pained too and that Government was not behind the unfortunate incident, stressing that “we have spoken to the security authorities and they have assured us that action will be taken”.

Earlier, while going round with the Deputy Governor, the Gombe state CAN Chairman, Reverend Ibrahim Joda, appealed for calm among the Christian faithful and described the incident as a very sad moment for Christians in this period of Easter when they were supposed to be celebrating the resurrection of the risen Lord. He also offered prayers for healing of the injured and for the repose of the souls of those that died.

Also speaking in an interview with newsmen, the Northeast Chairman of CAN, Reverend Abare Kalla, said though it was painful, he said calm and caution must be the watchword now.

According to him, “we must be calm now to avoid the breach of peace and then pursue justice thereafter”.

Apprehension and palpable tension had engulfed the Gombe State capital Monday morning when news broke on the killing of eleven Boys Brigade (BB) members by an NSCDC officer and his police friend Sunday night when the youths were observing their usual Easter procession.

Investigation by a news correspondent revealed that the officers, after exchanging words with the youths during the procession, used a different lane to overtake them, only to turn back with the headlight of the vehicle switched off and deliberately rammed into the youths from behind killing eight persons on the spot. The youths in turn, chased the security officers who were not on duty, apprehended and killed the duo.

Bello Makwashi, the Gombe State Police Commissioner, while reacting to the incident on phone, confirmed the incident and said nine persons died. He however denied that the other man in the car was a police officer but said investigation was ongoing, according to Thisday Newspaper.

In another development, 17 persons were injured as a bus ran into Christian worshippers in Numan Local Government Area of Adamawa State.

The injured, many of them with serious bone fractures, were admitted into different hospitals around Numan, the local government headquarters.

Witnesses said the accident happened around 10.00 am and that the offending bus had been apprehended and the driver arrested.

One of the witnesses, Stanley Jaule, said the affected members of the Christian community were marching towards a mountain which the locals call Galilee when the bus came over them from behind.

“While they were in Easter procession, a passenger bus just came from behind them and injured so many people, mostly women and children,” Jaule said.

He added that the accident almost caused a serious crisis from others in the procession who were angry at how the bus sped into the procession, but that peace prevailed and the situation had calmed down.

All reports put together show a rising level of intolerance, deep seated anger and impatience in most northern religious fault lines, painting the northern canvass with blood. Consequently, people are fearful in the north. 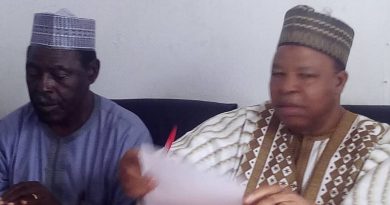 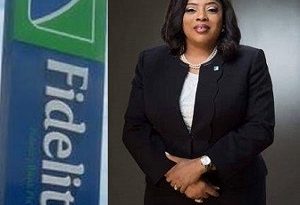 Despite A Conservative Stance In The New Normal Business Climate, Fidelity Bank Announces PBT of N28.1BN